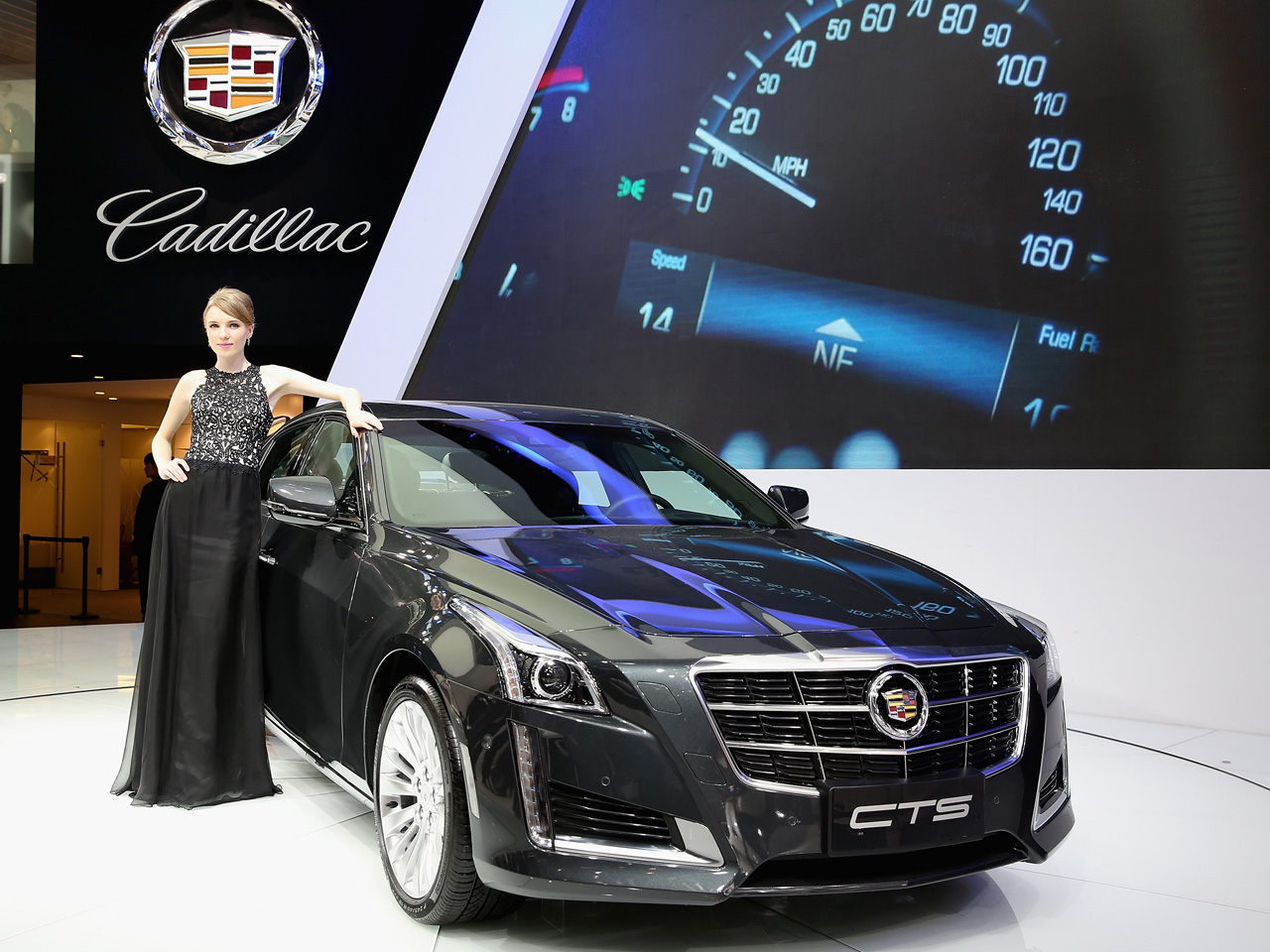 BEIJING - At age 32, Jason Jia already is the kind of customer luxury automakers are seeking as competition grows in China's lucrative but crowded market.

The energy industry consultant has traded up from a Volkswagen Polo to a VW GTI. Now, as he stood looking at a Cadillac CTS at the Beijing auto show, he said he wants a Mercedes Benz or a BMW.

A few years ago, Jia's options might have been limited to cars designed for an older American or European. But now, luxury brands from Mercedes and Infiniti Audi to Lincoln are racing to create smaller, sportier models for younger Chinese buyers.

They are trying to appeal to local tastes in everything from paint colors to the scent of dealerships and new vehicles.

"The megatrend for us in China will be compact cars," said Martin Keuhl, head of corporate communications for Audi China. "It's not so status-driven in the sense that 'big is beautiful.' Now you can have a good car that is small. Younger people also are more open to this."

Luxury automakers, like their mass-market counterparts, are looking to China to drive future growth and are investing heavily to gain or expand a foothold in its market. This year, while overall market growth is expected to cool to 8 to 10 percent from last year's 15.7 percent, analyst Zhu Bin of LMC Automotive said luxury sales growth might accelerate from 21 percent to 24 percent.

New brands including Ford Motor Co.'s Lincoln are entering the market, adding to intense competition. Manufacturers are shifting production to China, allowing them to cut costs and compete on price as well as style.

China's average customer is 10 to 15 years younger than in the West and buyers who increasingly drive themselves instead of having a chauffeur, automakers say.

Torsten Muller-Otvos, CEO of Rolls-Royce Motor Cars Ltd., owned by BMW AG, expressed surprise at how young some buyers are.

"Many young customers (are) 28, 29, 30, and it is not inherited money. It is self-earned money. Very impressive," said Muller-Otvos.

Younger buyers, some of them already Ferrari drivers, are looking at Rolls's two-door Wraith, he said.

"This is truly a car for the 'self-drivers' but much more comfortable than a Ferrari, and that is quite attractive here," said Muller-Otvos.

The market is dominated by German brands Audi AG, BMW and Daimler AG's Mercedes-Benz, which have a combined market share of 74 percent, but competitors are likely to eat into that, said Zhu.

The premium market "should be more diverse," he said. "Chinese consumers in the past have not had many choices."

At the Beijing Auto Show, people like Jia abounded.

Geng Yunning, a mother of a young child, said her family wanted to upgrade their domestic brand car to a better model ranging between 200,000 yuan and 300,000 yuan.

"If we can afford it, we will get a car that is more spacious, safer and more comfortable," she said, after visiting the BMW exhibition floor.

Han Minghua, an airline employee in his late 30s, is looking to replace his 6-year-old Honda.

"It's an entry-level car -- a typical Asian car with a good fuel economy, but its mission has been accomplished," Han said. "Our financial conditions are better than in 2008, and we wish for improvement in quality of life." His budget? 400,000 yuan to 500,000 yuan.

Audi got its start in China 25 years ago producing black A6 limousines for the government but says today 90 percent of sales are to private buyers.

That is reflected in colors requested by customers, 60 percent of which are now orange, yellow and other light shades, according to Dominique Boesch, president of the Audi sales division at the company's FAW-Volkswagen joint venture.

Audi's plans one new dealership per week through 2017 and doubling the sales staff to 50,000 people. An employee training center it's building in Beijing will be its biggest in the world.

GM is building a Cadillac factory in Shanghai and hopes to double the brand's annual sales to 100,000 by the end of 2015.

"Stereo control and curtains for the rear seat are a must," he said. "So is the 2.0 turbo engine. The Chinese consumers expect that."

Lincoln wants to reinvent itself in China, shedding its staid image at home and targeting younger buyers.

The company promises personalized service in dealerships equipped with waterfalls -- a symbol of prosperity in China -- and a custom-designed scent. Buyers will be able to customize details of any Lincoln models, including the compact MKC sport utility vehicle aimed at younger drivers.

"As far as what makes us different, it will come down to the hospitality-oriented experience that customers will get, plus the personalized product," said James D. Farley, Jr., a Ford executive in charge of Lincoln's global marketing.

Lincoln is a latecomer to China but Farley said could help make it feel more exclusive in the German-dominated market.

"When you are selling premium-ness, and you see the product everywhere, and that happens because you only have three brands, there are opportunities for challenger brands," said Farley.

What Lincoln learns in China about customer service, as well as its bigger manufacturing volume, could help its North American operations, according to Farley.

"That competency around personalized service is something we absolutely will learn here," he said. Sales in China will give Lincoln "the ability to build scale and to invest engineering for more product that then we can sell in more markets, including North America."

So far, the market appears to be immune to an official anti-corruption and austerity campaign launched by President Xi Jinping that has cut into sales of high-end liquor and other luxury goods.

Senior officials have been investigated on corruption charges. Their relatives and business associates also have been targeted, making flamboyant displays of wealth politically dangerous.

At the Beijing auto show, the centerpiece of the Rolls Royce exhibit was a silver-and-maroon limousine dubbed the Phantom Pinnacle Travel that was created for China.

"We showed that car in a very exclusive event on Friday night for selected customers, and guess what?" said Muller-Otvos. "We sold it."