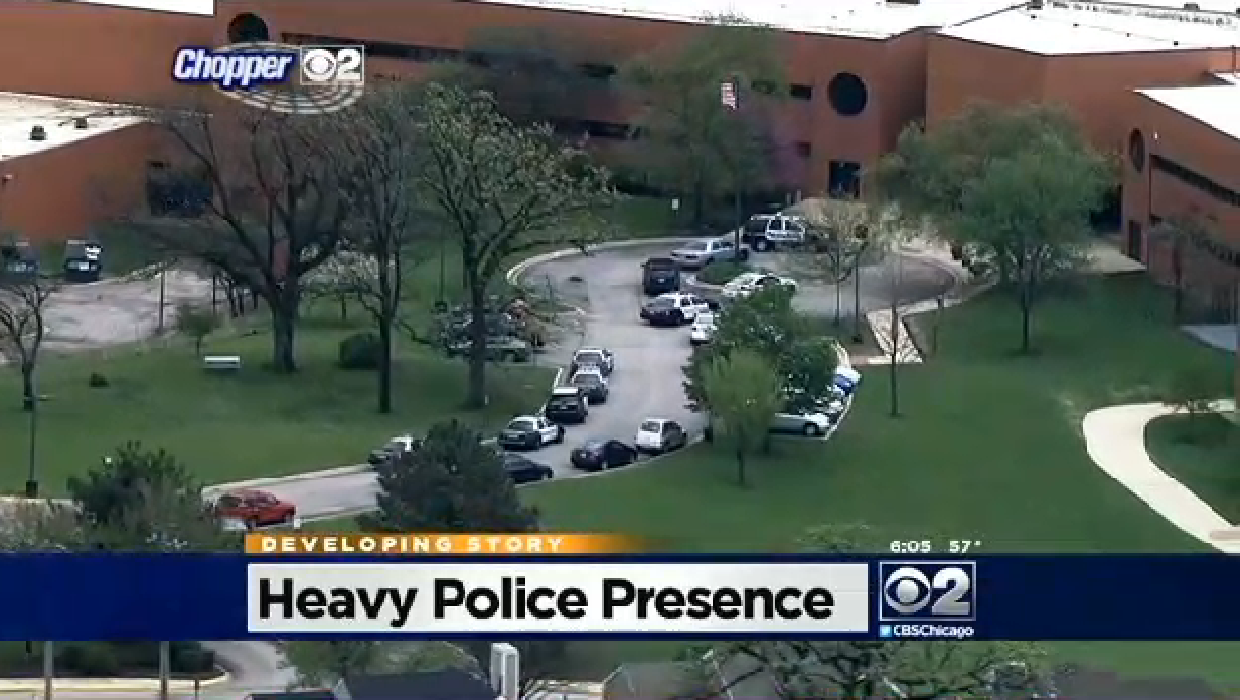 No one was seriously hurt in the incident Tuesday at Streamwood High School in Streamwood, Ill., although one student had a bloody lip, according to the station. It is unclear exactly how many students were involved in the fight, which is said to have been racially-based.

"The African-Americans and the Hispanics, they were just attacking each other today," student Sarah Sullivan told CBS Chicago.

The station reports tension between the two groups had been mounting for some time and was ignited through social media.

Parents say just a few weeks ago, students and police met to defuse tensions, apparently to no avail.