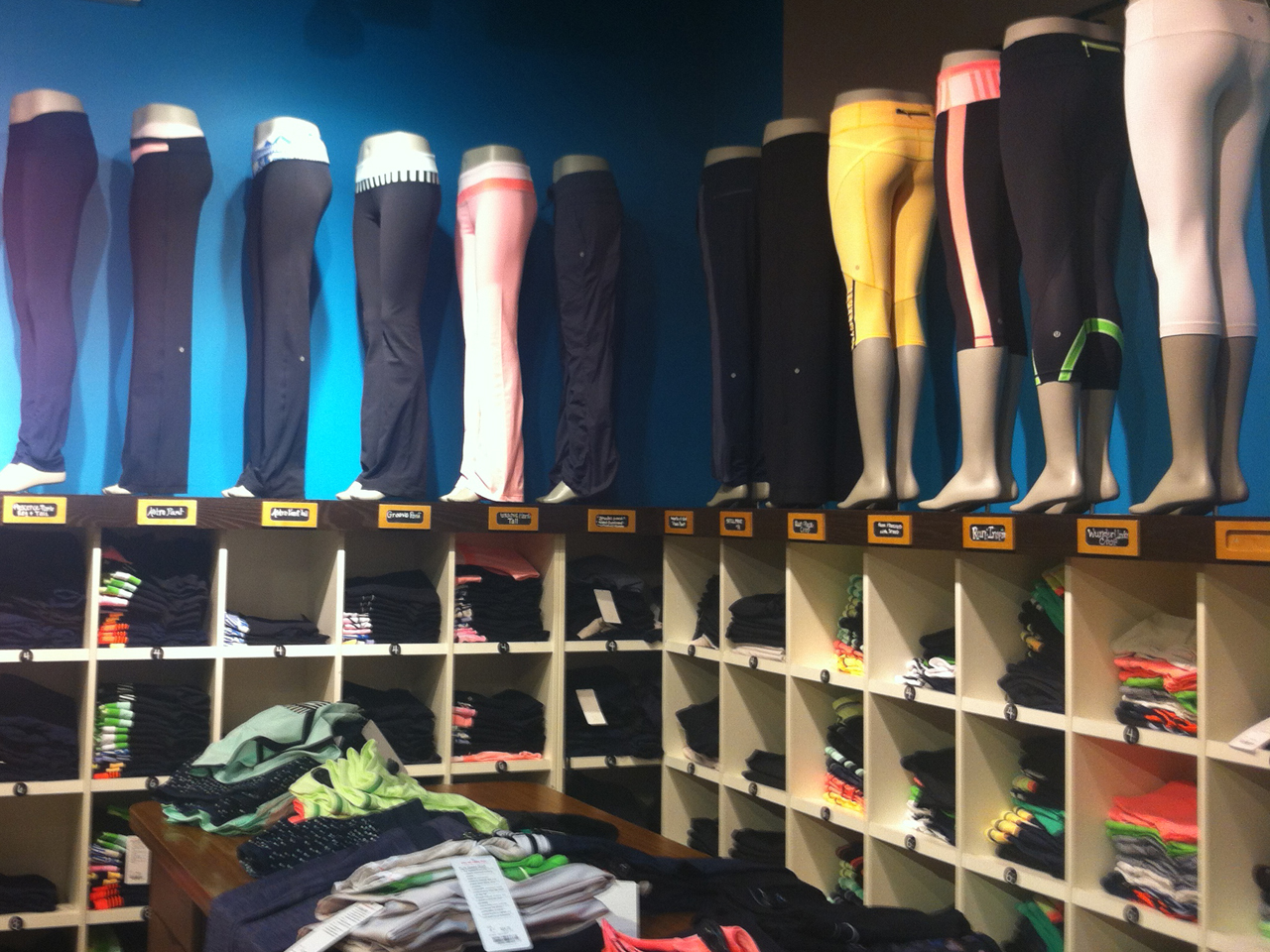 NEW YORK Lululemon has yanked its popular black yoga pants from store shelves after it found that the sheer material used was revealing too much of its loyal customers.

The company insisted it had not changed the specifications for the clothing, but is warning of a shortage of the extraordinarily popular clothing items, which make up make up about 17 percent of all women's pants and crop pants in its stores.

Shares dropped almost 5 percent in morning trading Tuesday and at least one analyst that follows the company stripped it of its "buy" rating.

Sam Poser of Sterne, Agee & Leach advised clients to take a wait-and-see approach until the problem is resolved, downgraded the company's shares to "neutral."

There appears to be a "major quality control problem" in Asia where the "Luon" pants are made, Poser said. While Lululemon has used the same factories to make its fabrics since 2004, he said it doesn't seem as though the company has the proper oversight in place.

The Luon pants are one of the retailer's product staples and Cowen analyst Faye Landes said that if there is any comfort to be found, it is that Lululemon is not facing a demand problem. Lululemon has been a star for investors, as well as yoga devotees, with shares rocketing from less than $3 in 2009, to around $65 this year.

But the announcement comes just before the company posts earnings for the final quarter and full year on Thursday.

Lululemon Athletica Inc., based in Vancouver, British Columbia, cut its first-quarter revenue forecast as a result of the recall. The company now anticipates first-quarter revenue between $333 million and $343 million. Its prior guidance was for $350 million to $355 million. Analysts polled by FactSet expect revenue of $352.1 million.

It also lowered its first-quarter outlook for comparable store revenues, from 11 percent, to 5 percent and 8 percent.

Lululemon is offering full refunds or exchanges to customers.