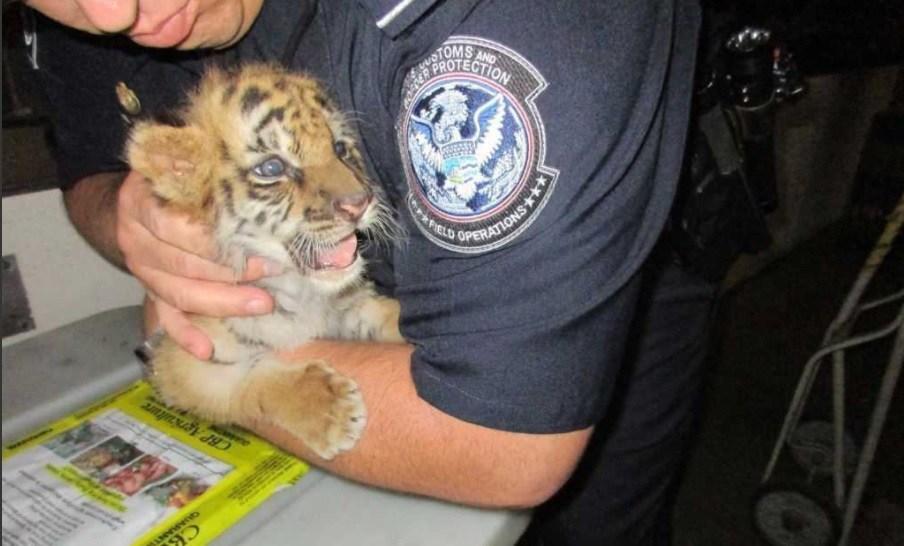 SAN DIEGO -- A California teenager charged with smuggling a Bengal tiger into the United States told a judge Thursday that he bought the animal on the streets of Tijuana, Mexico, where several of the endangered animals have been spotted this year.

Luis Eudoro Valencia was charged after border officials said they found the furry cub early Wednesday lying on the floor of a car heading from Mexico to California.

Valencia, a U.S. citizen who lives in Perris, California, told the court that he had purchased the tiger for $300 from someone he met in the Mexican border city who was walking a full-sized tiger on a leash.

The cub was found during an inspection at San Diego's Otay Mesa border crossing, U.S. Customs and Border Protection said.

U.S. Fish & Wildlife Service officials took custody of the cub and were working with the San Diego Zoo to care for it.

In January, Mexican authorities seized a Bengal tiger in Tijuana after a resident called police to report a man was walking a tiger on a dog leash through the neighborhood. Officials said the 4-month-old tiger had been living in a private home with children.

In April, Mexican officials seized a 9-month-old Bengal tiger in Tijuana after the cub fell from a third-floor terrace onto a neighbor's patio, the San Diego Union-Tribune reported. Despite the fall, the tiger appeared to be in good health.

Bengal tigers are native to India, with smaller populations in Bangladesh, Nepal, Bhutan, China and Myanmar. According to the World Wildlife Fund, there are about 2,500 Bengal tigers left in the wild.

Mexican circuses have been trying to get rid of exotic animals after a law went into effect in 2015 prohibiting such acts. Drug lords in Mexico have also been known to keep big cats as pets.

All species of tigers are protected under the U.S. Endangered Species Act. Importing an endangered species into the United States requires a permit from the U.S. Fish & Wildlife Service and a declaration filed with the agency.

Valencia could not be immediately reached for comment and the office of his court-appointed attorney, Robert Schlein, said he has not had a chance to speak to his client.

Valencia was released on a $10,000 bond and ordered to appear for a preliminary hearing on September 5 in federal court in San Diego.

If convicted, Valencia could face a maximum sentence of up to 20 years in prison.