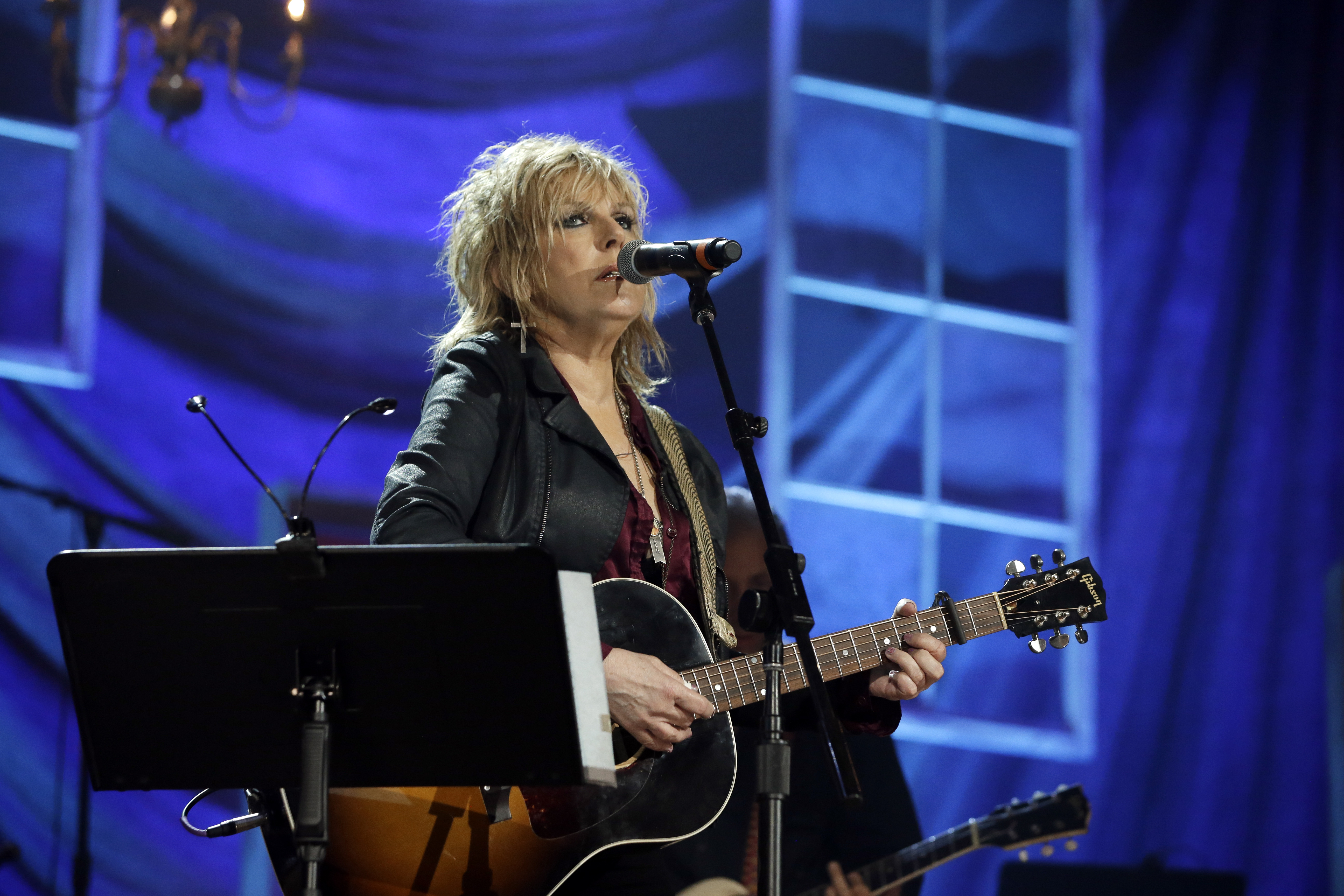 The Kentucky-born Simpson, who was touring and not available to accept the prize in person at the roots music awards show Wednesday night, won for artist of the year and song of the year for his psychedelic honky-tonk jam, "Turtles All the Way Down."

His producer, Dave Cobb, accepted the song of the year award on his behalf and recalled being in the studio when Simpson came up with the memorable lyrics about "reptile aliens made of light."

"When he came up with the reptilian line, I couldn't hold it in," Cobb said. "It was really hard."

Williams, who has been labeled a country, folk and rock artist, won album of the year for her 2014 double album, "Down Where the Spirit Meets the Bone."

"I am up against such incredible talent. This is such an honor, and it's really, really moving," Williams said.

"This is a continuous, massive, semi-religious experience for me," he said of getting the award at the historic Ryman Auditorium.

Guitarist and producer John Leventhal was awarded the instrumentalist of the year, and The Mavericks were awarded duo/group of the year.

Henley, who performed a song from his new solo album coming out later this month called "Cass County," received a lifetime achievement award and described himself as an artist who "curates and cultivates traditions."