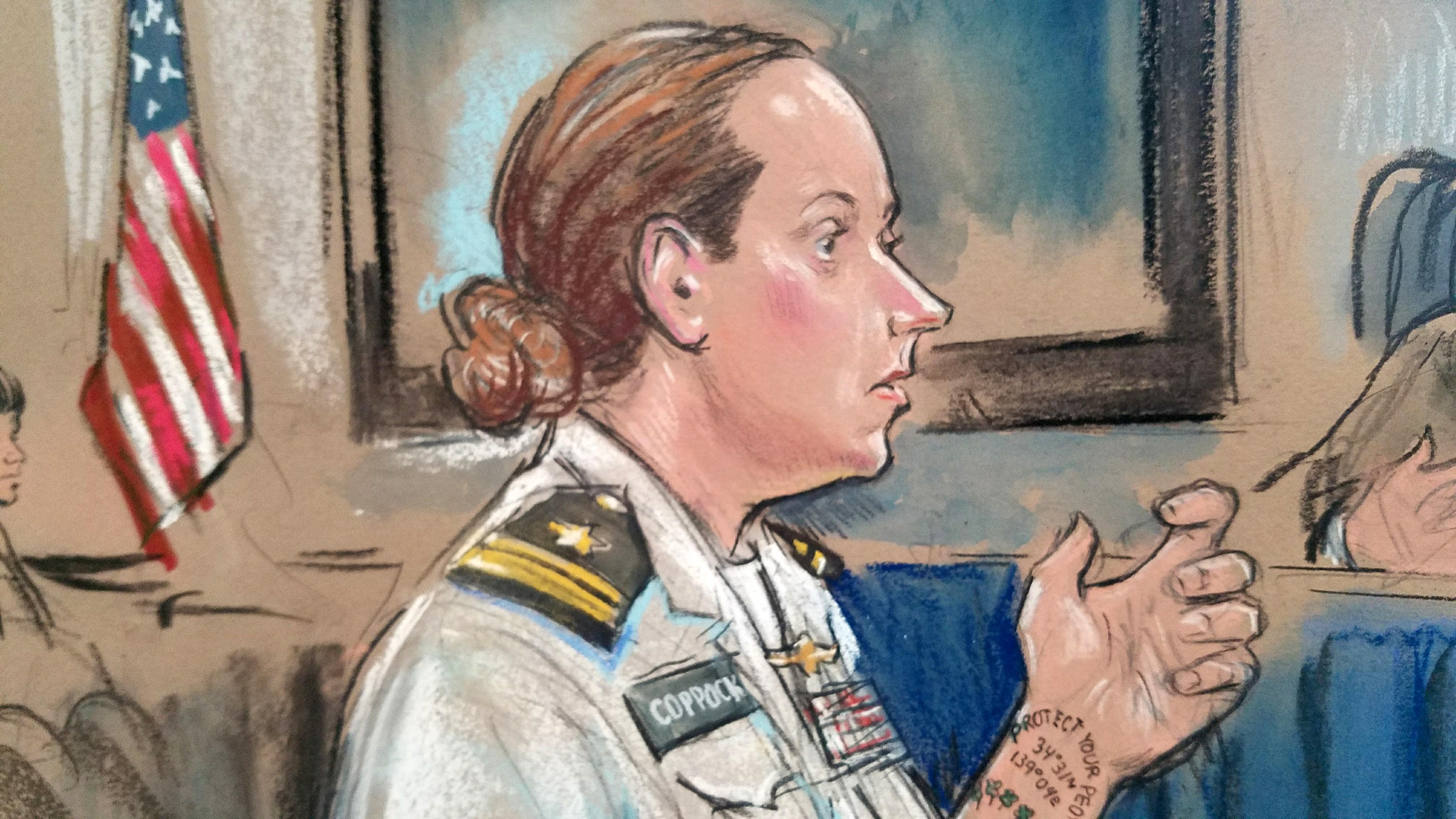 A U.S. Navy officer pleaded guilty to dereliction of duty Tuesday in the collision of a U.S. Navy destroyer that killed seven sailors last year. Lt. j.g. Sarah Coppock was sentenced to receive half-pay for three months and a letter of reprimand.

The plea was the result of an agreement between Coppock and military prosecutors before a special court-martial was supposed to begin at the Navy Yard in Washington.

Coppock is the first of four officers charged in the USS Fitzgerald's collision with a commercial ship off the coast of Japan in June. She was the officer of the deck at the time of the collision.

Coppock said she made some tremendously bad decisions and the victims paid the price.

"Not a day goes by where I haven't thought about what I could have done differently," Coppock said, according to Stars and Stripes. "There is nothing I can do now but take responsibility."

Stars and Stripes reports that Coppock said she "failed" her colleagues. "I made some tremendously bad decisions and they had to pay the price for them," she said.