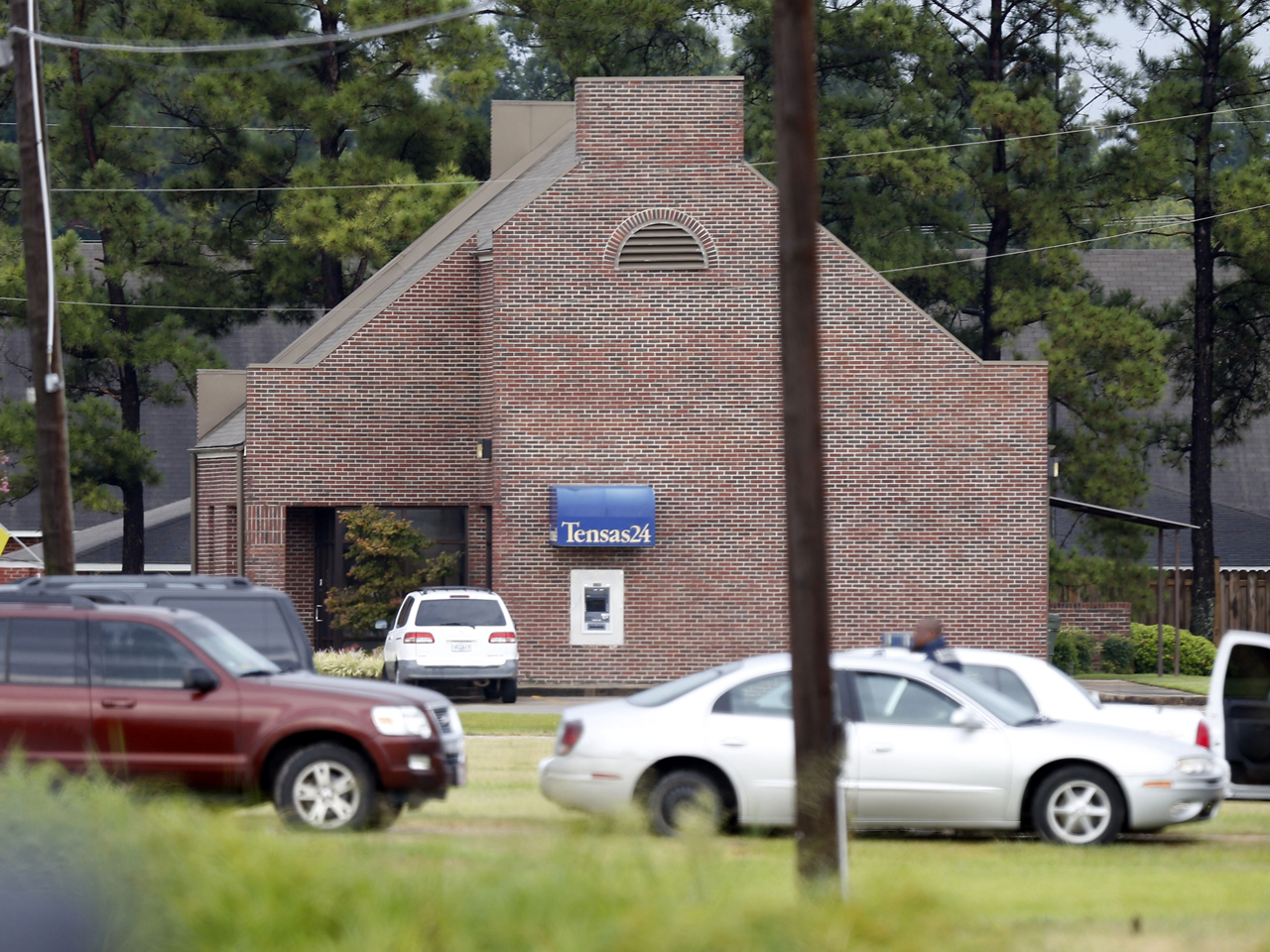 (CBS/AP) ST. JOSEPH, La. -  A man who took three hostages at a bank in rural Louisiana shot two hostages, killing one of them, before being shot and killed by police, authorities said.

State police entered the building just before midnight. That's when Edmonson said Ahmed shot two hostages in the upper body and then state police shot and killed him.

The hostages were both shot with a handgun, but Edmonson said Ahmed was also armed with a rifle.

The gunman took two women and a man captive around 12:30 p.m. Tuesday at the Tensas State Bank branch in St. Joseph. He later released one of the female hostages.

Edmonson said authorities were able to put Ahmed on the phone with a friend in Alaska during negotiations, which proved key in convincing him to release one of the hostages. But Edmonson also said the man grew increasingly erratic as negotiations went on, sometimes hanging up on police.

Edmonson reportedly said Ahmed was mentally unstable and believed a device had been implanted in his brain and said the standoff was not a bank robbery attempt but a planned attack. Ahmed had written a letter "detailing exactly what he was going to do," Edmonson said.

"He was mad at people that he said were mean to him," he said. "He had voices in his head."

Edmonson said there was no indication Ahmed had any history with the bank employees and authorities did not know why he picked the bank. The bank sits across the street from a service station owned by Ahmed's family.

"These were good, God-fearing people," he said of the hostages.

The suspect also had a duffel bag containing items he was going to use to torture the hostages, Edmonson said.

"His intent was to inflict pain and kill these individuals," he said.

Edmonson said Ahmed's parents were from Yemen, but in a Facebook page under Ahmed's name that was set up in the spring, Ahmed describes himself as a native of Fresno, Calif. On the page, he is seen in photos smiling and wearing a baseball cap backward, and with friends.

Ahmed discusses philosophy of life from the Tao Te Ching, a 6th century BC Chinese text, and is a fan of comedian Jerry Seinfield, rapper Eminem and Islam. He makes no specific references to political or religious extremism.

But recent posts show a darker side.

In a post on Sunday, he displays a cartoon strip that focuses on an apparent hostage situation. In it, a gunman points a pistol at a hostage. "I'll release the hostage if you give me a sandwich!" says the gunman in the strip.

Negotiators in the next frame then talk about the demand, with one asking "How close is the nearest deli?" `'Three blocks," the second man replies.

"Okay, you can kill the hostage," one negotiator calls back to the hostage-taker.

Ahmed's final post, made Tuesday just hours before the hostage standoff began, is of a photo of a man with a sword attacking a tank. Under the photo is a quote from the novel "If This Goes On," a 1940 science-fiction novel by Robert Heinlein that speculates on life in a futuristic American theocratic Christian society.