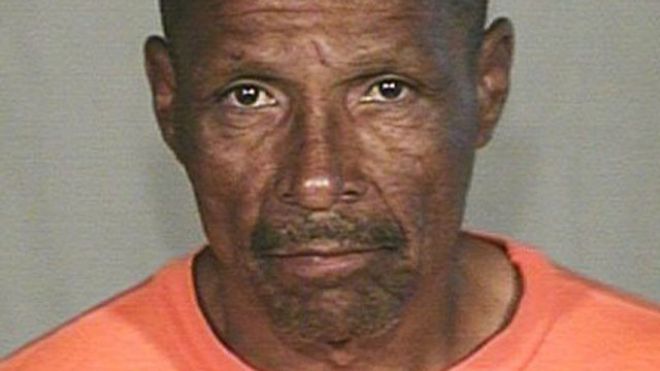 (AP) PHOENIX - Louis Taylor was just a teenager when he was convicted of starting a Tucson hotel fire that killed 29 people. He has since spent more than four decades in prison, consistently maintaining his innocence.

On Tuesday, Taylor is expected to be released as part of a deal with prosecutors that forces him to plead no contest in the case, but sets him free about a month after his 59th birthday.

Taylor was sentenced to 28 consecutive life sentences in the December 1970 fire at the Pioneer Hotel, where employees of an aircraft company were celebrating at a Christmas party.

Many guests were trapped in their rooms as the blaze engulfed the building, and fire truck ladders were too short to reach the upper floors. Some people jumped to their deaths while others burned in their rooms. Most victims died from carbon-monoxide poisoning.

VIDEO: Arson or accidental fire? How can you tell?

Taylor, who is black, contends he was wrongly convicted by an all-white jury after he says police failed to investigate other suspects. Reports at the time indicate Taylor was helping people escape the blaze before being arrested later that night. He was never charged in the death months later of a 29th victim from injuries sustained in the fire.

His appeals were exhausted after the U.S. Supreme Court denied him a new trial in 1983.

Reports in 2002 by CBS' "60 Minutes" raised questions about whether the fire was, in fact, arson.

Police at the time then began reviewing evidence, and a volunteer legal group, the Arizona Justice Project, examined case files to determine whether he received a fair trial. However, the lead fire investigator on the case told The Associated Press he stands by his determination that it was arson.

The Arizona Justice Project, which works on behalf of inmates believed to be wrongly convicted, asked a court in October to dismiss the case or hold an evidentiary hearing, noting several experts using modern forensic science could testify that it was indeterminable whether the fire was arson. The lawyers also contend prosecutorial misconduct at Taylor's trial when his defense was not provided with reports indicating no accelerants were found.

Attorney Michael Piccarreta said this weekend that Taylor still maintains his innocence but will plead no contest Tuesday to get out of prison quickly.

Piccarreta said Taylor's lawyers believe he would have eventually prevailed at a new trial, but the process could have taken more than a year, during which Taylor would remain in prison.

It wasn't immediately clear why prosecutors agreed to a deal that would set Taylor free, and messages left by the AP on Monday at the Pima County Attorney's Office were not returned.

Holmes, who runs Cy Holmes Fire Investigations in Elk Grove, Calif., said the techniques he used to determine the fire was arson are the same procedures used currently.

"Basically, what I did 42 years ago and the manner in which I did it is still valid today," he said.

Holmes said the new findings by Taylor's defense experts are based on incomplete information, noting much of the evidence was destroyed in the 1990s or disappeared after civil attorneys took possession when they sued the hotel.

He also added, "They didn't spend two full days digging through that place."

Holmes acknowledged he didn't find any accelerants, but said it was clear the fire was started in two places. His findings of arson were based, in part, on bats that were found in the hotel hallways, and the patterns in which they were burned.

Holmes defended his comments at the time profiling a potential suspect, some of which are now being used to accuse authorities of racism in the case.

He said he told the City Council after the fire, "He's probably a negro, and he's probably 18," basing his theory on years of experience investigating arson cases, Holmes told the AP.

"But that statement had nothing to do with Louis' prosecution," Holmes said. "I wasn't part of Mr. Taylor's guilt. I was just involved in determining whether or not the fire was arson."