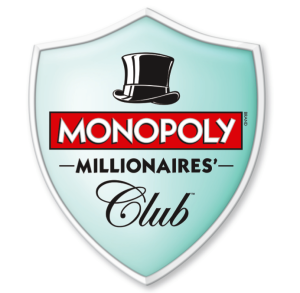 Americans will soon have a new lottery to place bets on.

For the first time in more than 12 years, officials are launching a new multi-state game with a top prize between $15-$25 million, reports CBS News correspondent Vladimir Duthiers.

Unlike other multi-state games where there can only be one winning ticket, the Monopoly Millionaires' Club game promises to make more millionaires, offering players three chances to win.

Starting Sunday, roughly 175 million people in 23 states will be able to "pass go" and try their luck on the lottery based on the popular board game.

At $5 per ticket, it'll cost more than Mega Millions or Powerball.

"Many times when we do research people ask us, 'Why not give away a lot of million dollar prizes?'" Iowa state lottery CEO Terry Rich said. "And I think that's where this game began."

That revenue gets divided three ways: about 60 percent goes to prize winners, 15 percent to retailers and operating expenses and 25 percent -- or $17 billion -- to help states fund everything from education to housing.

"I think that local states are looking more and more for ways to raise revenues and lottery has been a very popular way to do that," Rich said.

But there's still worry it does the most damage to those who can least afford it.

"It's almost like robbing Peter to pay Paul, in that the people who are paying the lottery tickets and generating that revenue for the state are the people who most need the education support from the state," CBS News financial contributor Mellody Hobson said.

Over the last two decades, multiple studies have found lower income households spend a higher percentage of their money on lottery tickets.

"A lottery ticket is not a retirement plan," Hobson said. "I'd rather see them invest that money and have it work for them."

This time around, the odds of winning the top prize are about 1-in-73 million.