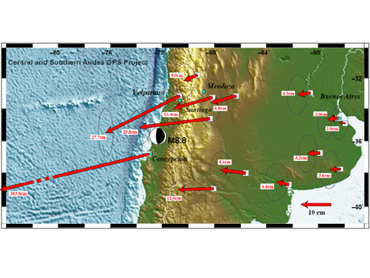 To the delight of school officials, a multimillion-dollar treasure trove of 19th- and 20th-century art has been discovered in basements, boiler rooms, closets and hallways in Philadelphia's cash-strapped public schools.

The artworks — 1,200 in all, including paintings, sketches, sculptures, murals, tapestries and ancient artifacts — had been donated to the school system or bought for small sums long ago.

But over the decades, many of them were taken down when the walls were painted and were put into storage, where they apparently were forgotten altogether.

The collection is probably worth tens of millions of dollars, school officials and art experts said.

"This is an incredibly unusual and extraordinary find. From the collection, over 100 of them are very important works," said art consultant Kathleen Bernhardt-Hidvegi of the Chicago-based Corporate Art Source. She conducted the inventory in the city's 264 schools.

The collection includes paintings by Thomas Eakins and Henry Ossawa Tanner, both of whom attended Philadelphia's prestigious Pennsylvania Academy of Fine Arts, as well as landscapes by "Pennsylvania Impressionists" Edward W. Redfield, Walter Emerson Baum and Henry B. Snell.

The school system will look into how to preserve and display the collection and make money off of it, perhaps through calendars, coffee-table books and the like.

But Natalye Paquin, school system chief of staff, made it clear that selling some or all of the collection is out of the question, even though the district has been in financial straits and passed its first balanced budget in seven years this spring.

"Our history is not for sale. It's for the benefit of our children, and it's part of our region's history," Paquin said. "Many of these paintings were made here, some only a couple of blocks from the school. That's an exciting way for kids to learn about art, culture and history."

The inventory began quietly in March 2003 and is similar to one conducted for the Chicago school system, where Philadelphia schools chief executive Paul Vallas and Paquin previously worked.

Roughly the same number of works were inventoried during the mid-1990s in the Chicago schools, whose collection was estimated to be worth at least US$20 million. But Philadelphia's collection is "richer in its historical value and more beautiful," Paquin said.

Some of the artworks were hanging in halls and offices, but many were not as lucky.

"Art often gets taken down when the school is painted, and they don't get put up again. So many valuable and important works were forgotten in boiler rooms, locked closets, bicycle rooms," Bernhardt-Hidvegi said. "When we walk into a school and see hooks sticking out of walls, we really get excited. It's a rush."

Many need restoration work after sitting for untold years in dank basements and dusty storage rooms. The damage ranges from slight to severe, and includes dirt, water damage, holes, rips and paint loss.

"The good news is that all of those things can be addressed, all of those works can be brought back to their original condition," Bernhardt-Hidvegi said.

Nearly all the works range from the early 19th century to the present, with a large number dating between 1900 and the late 1930s.

A conservative estimate of their value easily would reach US$20 million to US$30 million, once the art is appraised and authenticated, Bernhardt-Hidvegi said. About 200 of the most significant pieces have already been moved to storage.

School officials are looking this summer for art historians and other experts to form an advisory council to help establish the collection's value, figure out ways to raise money for restoration, determine how to secure and display the collection, and suggest how to use the work as a teaching tool.

Possibilities include a traveling exhibit, postcards and calendars, and the creation of a secure, climate-controlled gallery at the school district's downtown headquarters.