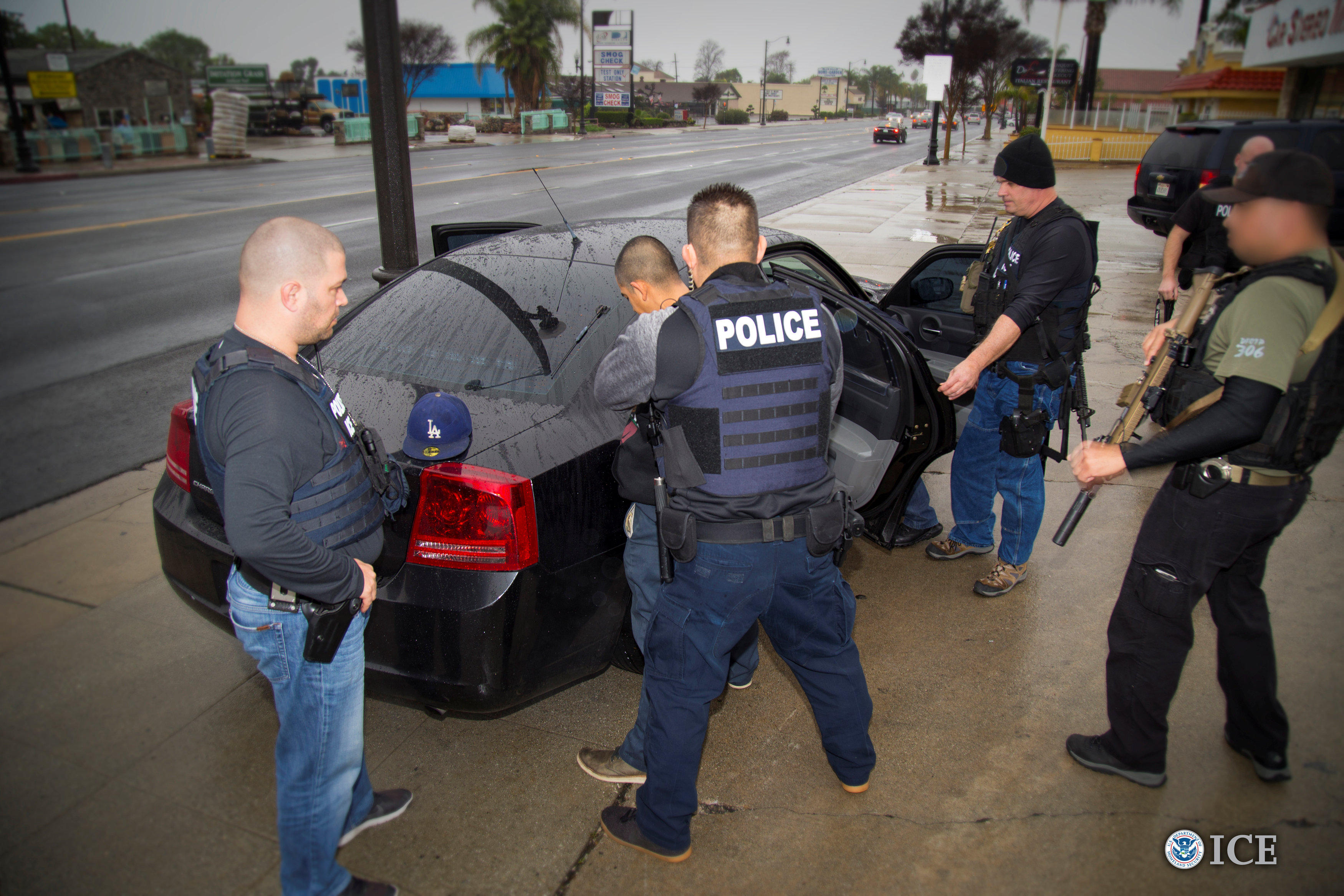 The arrests took place in six counties during what U.S. Immigration and Customs Enforcement (ICE) officials described as a “five-day targeted enforcement operation” that began Monday and wrapped up around noon Friday.

Of the 160 arrested, about 150 had criminal histories, while five more had either been previously deported or had “final orders of removal”. Many of those arrested had prior felony convictions for “serious or violent offenses” including child sex crimes and assault.

The arrestees – which were 95 percent male – included nationals from a dozen countries, according to ICE.

Immigrant advocates on Friday decried a series of arrests that federal deportation agents said aimed to round up criminals in Southern California but they believe mark a shift in enforcement under the Trump administration.

Advocates began fielding calls Thursday from immigrants and their lawyers reporting raids at homes and businesses in the greater Los Angeles area. In one instance, agents knocked on one door looking for a man and ended up arresting another who is in the country illegally but has no criminal record - something Angelica Salas, the executive director of the Coalition for Humane Immigrant Rights of Los Angeles, said would not likely have happened previously.

“This was not normal,” Salas told reporters Friday.

Immigration and Customs Enforcement arrested about 160 people during a five-day sweep in Southern California aimed at immigrants with criminal histories and deportation orders, including a Salvadoran gang member wanted in his country and a Brazilian drug trafficker.

David Marin, ICE field office director for enforcement and removal operations in greater Los Angeles, said the agency carries out these operations two or three times a year in his region.

“These operations take weeks and sometimes months of planning, so this operation was in the planning stages before the administration came out with their current executive orders,” he told reporters.

Marin said 151 of those arrested in Southern California had criminal records. He said five people would not have met the Obama administration’s enforcement priorities but were arrested because they were found to be in the country illegally.

U.S. Department of Homeland Security Secretary John Kelly, visiting the California-Mexico border on Friday, was asked if the Trump administration was stepping up enforcement.

“They’re not rounding anyone up. The people that ICE apprehends are people who are illegal and then some,” he said. “ICE is executing the law.”

Kelly said he joined ICE agents in San Diego on two house visits to deport people. He said one was “a particularly bad individual.”

The announcement of the arrests comes days after an Arizona woman was arrested and deported to Mexico after what she thought was a routine check in with immigration officials and amid heightened anxiety among immigrant communities since Mr. Trump signed an executive order to expand deportations.

A decade ago, immigration officers searching for specific individuals would often arrest others found along the way, a practice that drew criticism from advocates. Under the Obama administration, agents also carried out arrests but focused more narrowly on specific individuals.

In the suburbs of Los Angeles, 50-year-old house painter Manuel Mosqueda was there when his fiancé answered the door, thinking it was police, his 21-year-old daughter Marlene said.

“They were looking for someone else and they took my dad in the process,” she said.

Karla Navarrete, a lawyer for CHIRLA, said she sought to stop Mosqueda from being placed on a bus to Mexico and was told by ICE that things had changed. She said another lawyer filed federal court papers to halt his removal.

Salas said the agency provided scant details to lawyers who headed to the detention center in response to the phone calls, and in the past was more forthcoming with information.

She also said there is increased anxiety in the community about immigration enforcement since Mr. Trump’s order.

Democratic state lawmakers denounced the arrests and urged immigrants to know their rights and what to do if approached by federal authorities.