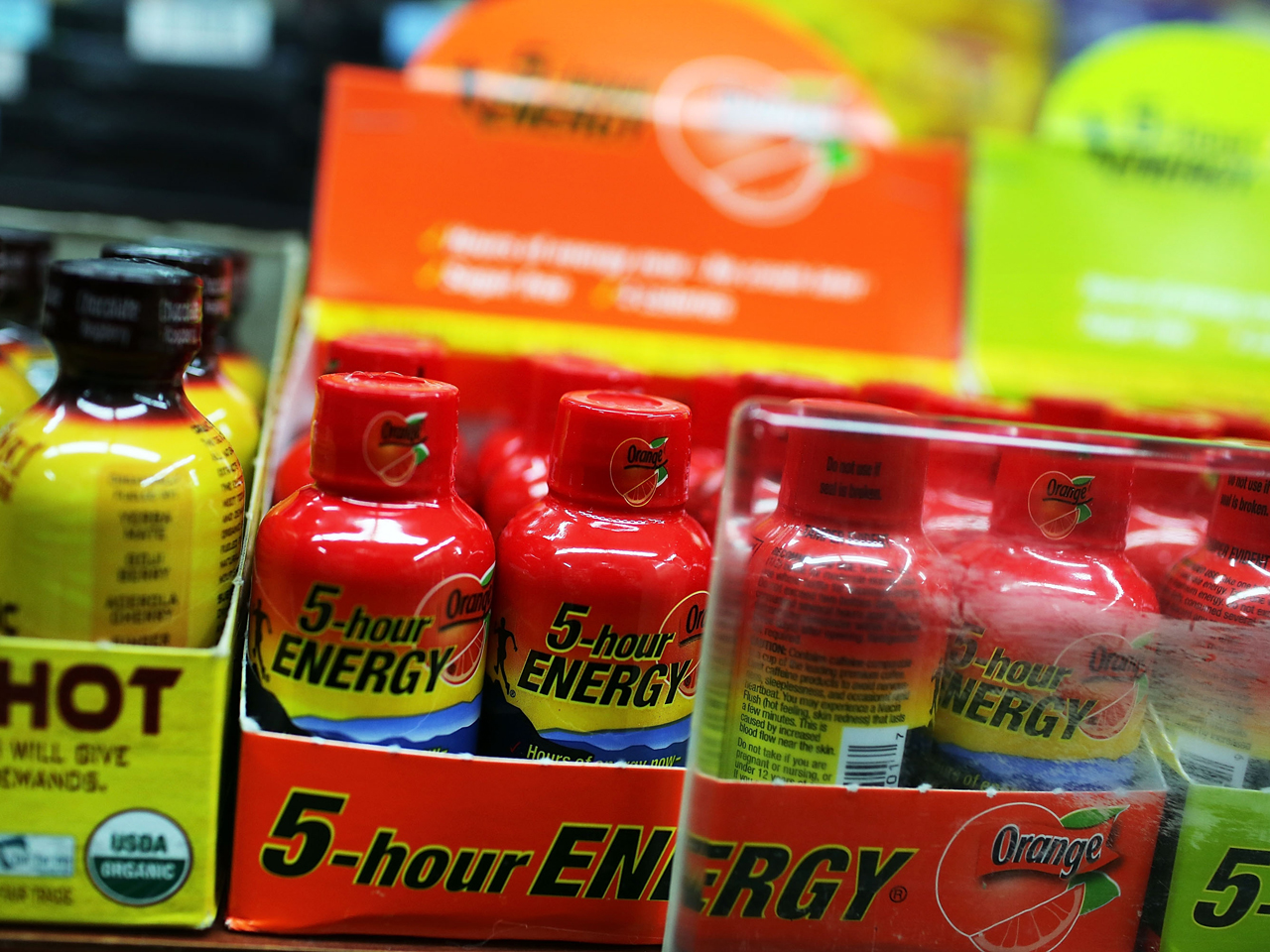 Los Angeles is mulling an age restriction for purchasing energy drinks due to the reported harms the caffeinated beverages can cause.

Councilman Bernard Parks filed a motion in the Los Angeles City Council on Monday to consider legislation that would educate people about the dangers of energy drinks, as well as make it harder for minors to purchase them, CBS Los Angeles reported.

The proposal calls for limiting energy drink sales to children and young teenagers, allowing only “behind the counter” sales of the drinks and an age requirement for purchase.

Parks told CBS News that while nothing has been set in stone, he envisions the restrictions to be similar to current rules for minors who attempt to buy spray paint in Los Angeles. The paint is locked up, signs nearby warn about the potential dangers of using the product, and people are required to show ID that they are over 18 in order to purchase it.

The proposed energy drink rules are not intended to stop adults who want to drink the beverages from doing so.

"We would be regulating what appears to be a harmful substance for young people," he said.

The city would also look into joining current litigation against the makers of the most caffeinated energy drinks, which Parks argued is often marketed towards children.

In addition, the proposal would fund a campaign that would warn city employees about the health risks associated with drinking too many energy drinks.

Parks said he is concerned that many people who work long hours, like law enforcement or people who work in dangerous situations like electricians with high voltage wires, may be relying too much on the drinks and not realizing that it can cause side effects.

The counselman, who represents the Crenshaw district, said he became interested in the topic after he read proposed U.S. senate legislation attempting to limit the amount of caffeine in energy drinks. He believes that many people don't realize how dangerous the beverages can be.

Parks said the problem is pronounced in his community, which has the lowest income level and most problems with medical care in Los Angeles.

"People don't have access to fresh foods and things that people need," he explained. "So people go and get an energy drink. That would take the place of your breakfast, lunch or dinner."

Energy drinks have been linked to a number of adverse health events including increased blood pressure and changing heart rhythms. They have also been shown to significantly impact heart contraction rates within an hour of consuming the beverage.

The Food and Drug Administration started investigating five deaths and one heart attack linked to Monster Energy Drinks in Oct. 2012. The agency claimed that each 24-ounce can contained 240 milligrams of caffeine, or about seven times the amount found in a 12-ounce soda drink.

The agency has also been investigating 5-hour Energy drinks, which has been linked to 92 side effect reports including 33 hospitalizations and 13 deaths.

Several lawsuits were filed against Monster Beverage Corp. The mother of 19-year-old Alex Morris sued the company for his death, saying that her son died of cardiac arrest because he consistently drank the beverages. In Oct. 2012, the family of 14-year-old Anais Fournier sued the beverage maker for her death as well. A coroner had said she died of cardiac arrhythmia due to caffeine toxicity, meaning an electrical problem with the heart that may have caused it to beat too fast or too slow.


San Francisco also sued Monster Beverage, alleging the drinks contain too much caffeine and are marketed to minors. New York prosecutors announced in January they were joining San Francisco in a probe of Monster's marketing towards children.

Dr. Arthur Manoukian, Los Angeles' city medical director, said to the Los Angeles Daily News that energy drinks have not been proven to be dangerous.

The American Beverage Association, which represents the non-alcoholic beverage industry, said to CBS News in a statement that they too believed that most of the research purporting negative health issues was unfounded.

"Proposals to ban a safe, non-alcoholic beverage that contains significantly less caffeine than widely-consumed coffeehouse coffees are simply not grounded in facts or science," they said. "The goal of these discussions should be to educate our citizens so they are well-informed consumers -- not take away their choices."

Manoukian pointed out that most energy drinks just have two to three times the amount of caffeine in a cup of coffee or soda. The bigger problem is when people combine the drinks with alcohol, and there is no way to test if someone has been drinking them.

Experts issued a report in Feb. 2013 in Pediatrics in Review explaining that drinking energy drinks can cause insomnia, rapid heart beat, high blood pressure, anxiety and obesity -- all of which could be made worse if the beverage was consumed alongside alcohol.

“My main problem is I don’t see how we can monitor this,” Manoukian said. “There are no tests for caffeine use.”