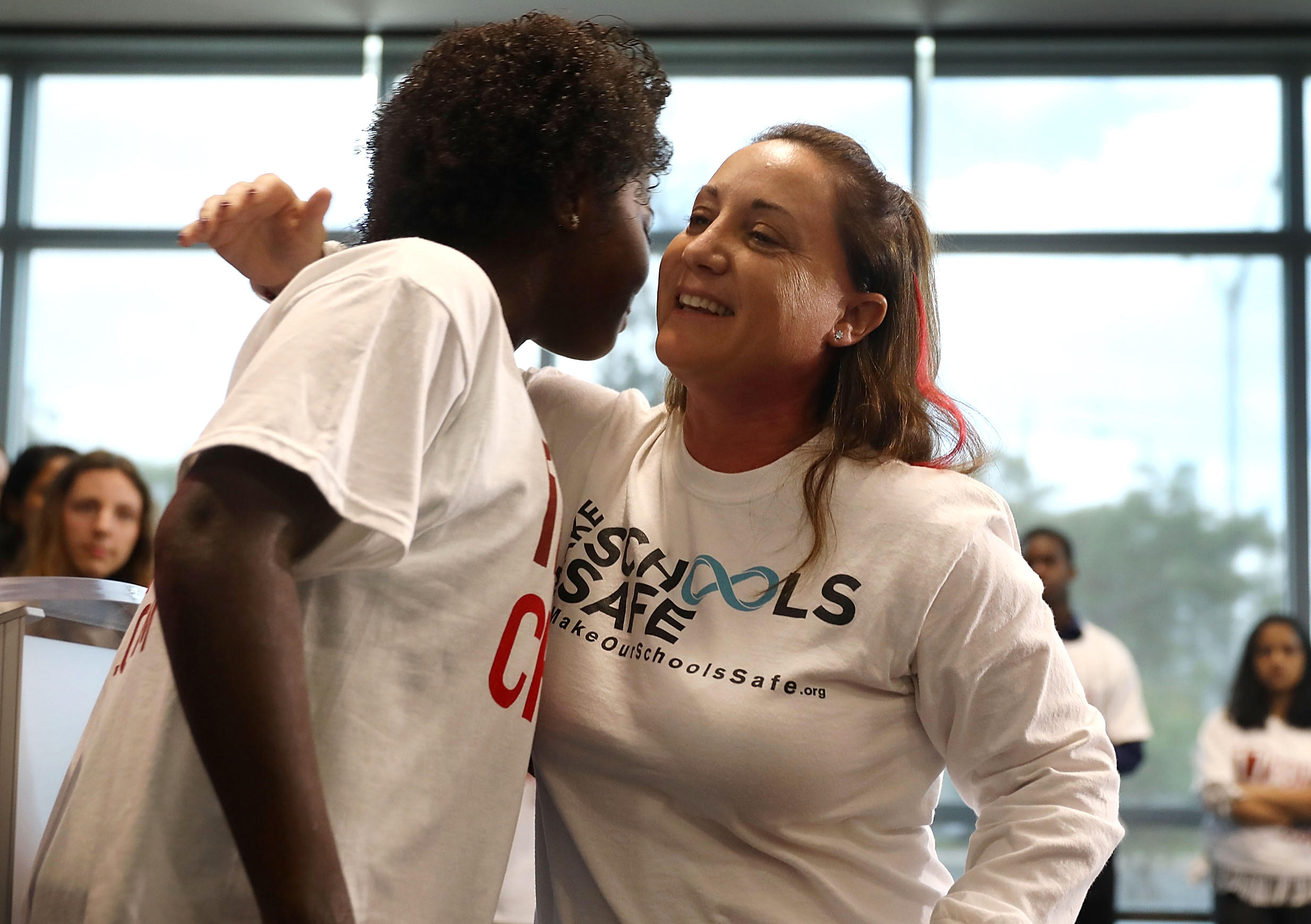 FORT LAUDERDALE, Fla. -- The mother of a Florida high school massacre victim easily won a school board seat Tuesday. The father of another victim was trailing an incumbent, and a former teacher lost to another in an election seen as a referendum on district policies before and after February's shooting.

Lori Alhadeff defeated two other candidates for an open Broward County school board seat representing the Parkland area, which includes Marjory Stoneman Douglas High School. Her daughter was one of 17 killed in the Feb. 14 shooting at the school.

"I know Alyssa would be so proud, and I want to make sure what happens to my daughter doesn't happen to another family," Alhadeff told the South Florida Sun-Sentinel.

Meanwhile, Ryan Petty, whose daughter Alaina died, was just below the threshold needed to create a runoff for a countywide seat. Incumbent Donna Korn had just over 50 percent of the vote late Tuesday in the three-candidate race.

Korn needs to stay above that mark as provisional ballots are counted in the coming days to avoid a November runoff against Petty, who finished second with about 31 percent. Neither returned a call seeking comment.

Elsewhere in the county, incumbent Laurie Rich Levinson easily won a third term. She defeated former Stoneman Douglas teacher Richard Mendelson, who was a close friend of coach Aaron Feis, who also died in the attack. Neither candidate returned a call seeking comment.

In response to the shooting, county voters overwhelmingly approved a board-backed property tax increase that will give teachers raises and pay for additional school police and security officers.