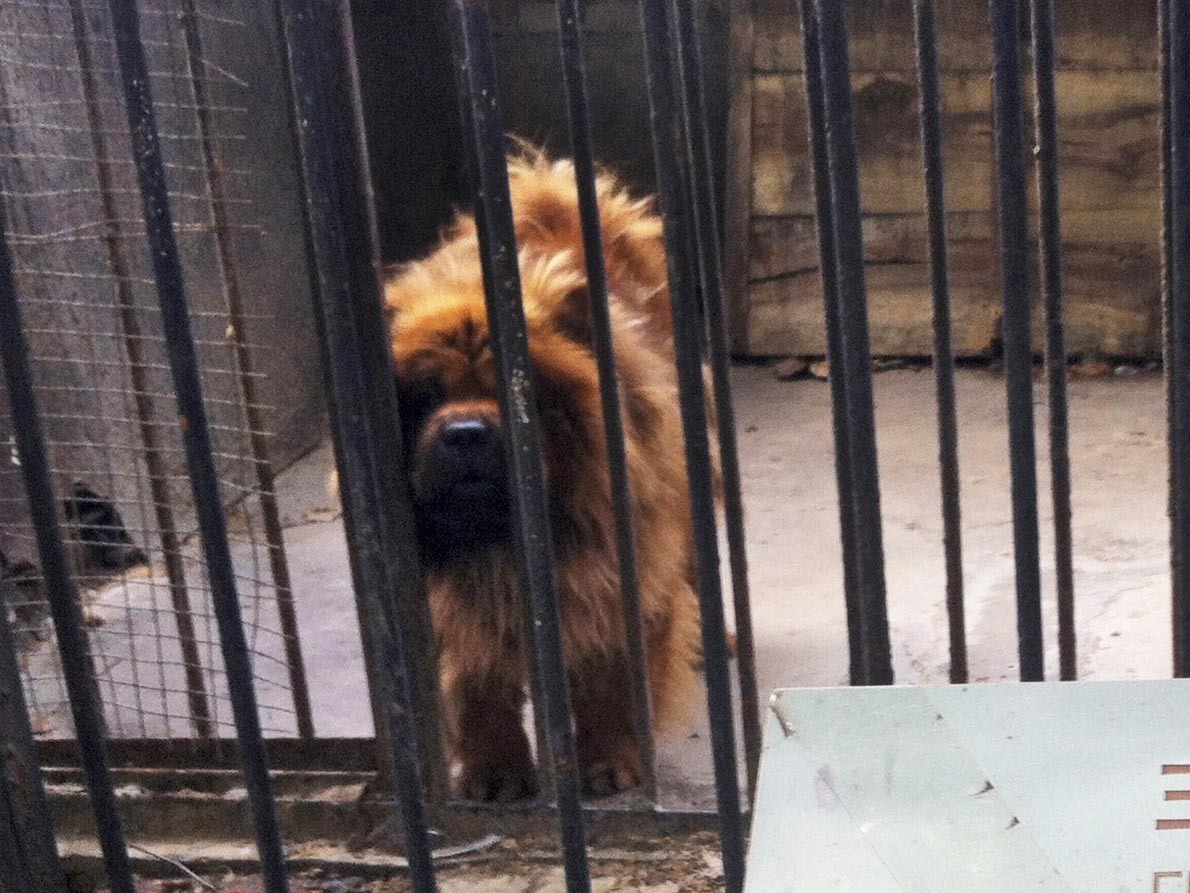 BEIJING Behold the regal lion and hear its mighty ... bark?

A zoo in the central China city of Luohe attempted to pass off a Tibetan mastiff as a lion, state media reported. The large, aggressive breed has a trademark bushy mane that gives it a lion-like appearance, but its vocalizations are more woof than roar.

The Beijing Youth Daily said Friday the zoo also had a dog in the wolf cage, foxes in the leopard enclosure and nutrias in the snake den.

The paper quoted zoo manager Liu Suya as denying any attempt at deception, saying the lion had been lent out for breeding and would be back soon. The dog belonged to a friend of a zoo keeper who was on a business trip and needed a place to keep his pet while away, Liu said.

Liu said the leopard had also been lent out for breeding, while the snake and wolf were merely sheltering from the torrid summer heat. The substitute animals had been drafted because an empty cage would have "looked bad," Liu said.

"If visitors require an explanation, we'd be happy to give it to them," Liu said.

Calls to the zoo rang unanswered. The facility, with more than 20 animals on display, sits inside the city's People's Park and is co-run by the municipal government and a private contractor.

The paper said they were informed of the odd situation by a zoo visitor who had been taking her son around the enclosures to teach him the sounds the various animals make.

"He said they were fooling us because the 'lion' was actually barking," the visitor was quoted as saying. "The sign clearly said African lion so I can only think that this was an attempt to fool the visitor."