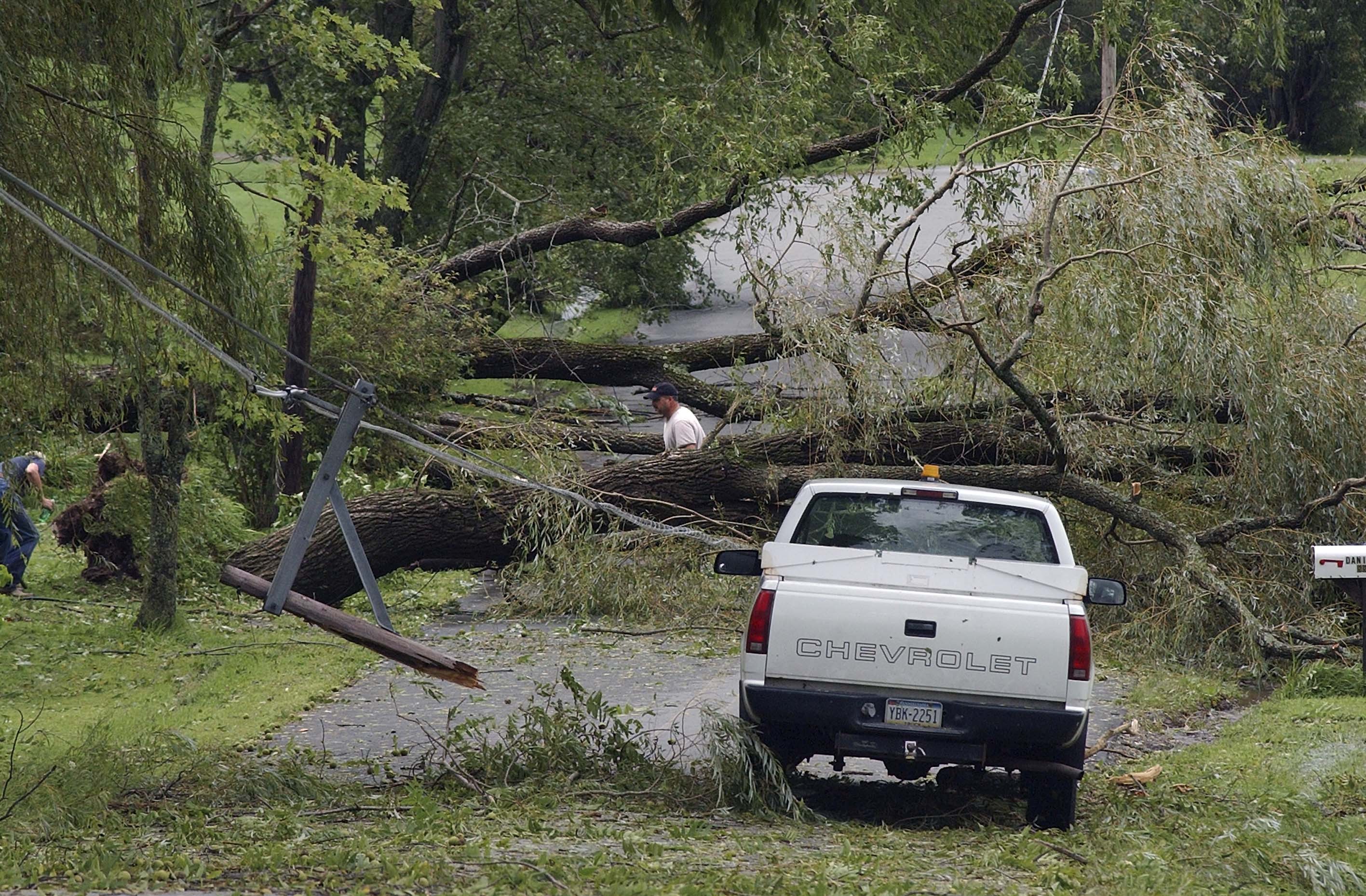 It could take weeks to restore power to millions of people left in the dark by Tropical Storm Irene.

The lights went out for around five million people and businesses from Folly Beach, S.C., to Portland, Maine. And thousands of utility workers have begun the race to restore power.

Getting the lights back on will be an enormous job for crews fanning across the East Coast. Irene ripped down power lines and crushed critical equipment near power plants. It flooded coastal cities with seawater, dousing electrical stations and threatening underground wires. Crews are still assessing the damage.

"We're dark across the whole map," said Theresa Gilbert of Connecticut Light & Power. Irene blacked out half of the utility's 1.2 million customers Sunday, making it the biggest outage in Connecticut history.

More than five million people and businesses remain without power, and the storm had led to the deaths of at least 22 people in eight state. Some areas in its path, like Manhattan, were relatively unscathed by the weekend storm, while other areas will need days, or even weeks, to recover.

The outages could be critical for the elderly, disabled and others who rely on community services.

"What if we're without power for days?" asked Pat Dillon, 52, who is partially paralyzed from a stroke. Dillon's senior care facility in Milford, Conn., lost power when a generator failed. As she sat in the dark, Dillon worried that her wheelchair's batteries would run out. Even worse, she needs to keep her diabetes mediation chilled.

"Once the refrigerator gets warm, my insulin goes bad," Dillon said. "I could go into diabetic shock. It's kind of scary."

Power companies say they'll try to get critical services running first. But many are just starting to understand the full extent of damage to the grid. Utility workers must traverse thousands of square miles to find out what's down before they can start repairs.

"It's going to be several days at least for our most severely damaged areas" to get power back, said Mike Hughes, a spokesman for Progress Energy in North Carolina, which serves about 3.1 million customers.

Gilbert, with Connecticut Power, said it took two weeks to restore power after Hurricane Gloria knocked out service to 477,000 customers in 1985.

"And this definitely blows those numbers away," she said.

In Virginia, Irene knocked out power to more than 300 critical services, including hospitals, emergency call centers and fire stations. Dominion Resources expects half of those facilities to be restored by the end of the day and most of the rest fixed by Monday.

Most public health and safety facilities have backup generators, Dominion spokesman Dan Genest said. "For those that don't, we're asking them to take care of their people as well as they can. We'll get them up as soon as possible."

Lights were already flickering back on in the South, where the storm hit first. Crews have started clearing uprooted trees and reconnecting electrical lines. Power is returning to more than a million homes and businesses in the region. In southern Pennsylvania, North Carolina, Virginia and Maryland, utility companies said they'd restored power to more than 1.3 million customers as of Sunday afternoon.

"A number of rivers in northern New Jersey are under an extreme flood watch," said Ron Morano, a spokesman for Jersey Central Power & Light. He said the number of outages would keep going up.

Some of the storm's damage will be easy to spot: a tree smashed into a power pole, for example. Other problems will be tougher to figure out. Sometimes power has been cut off but there's no apparent damage. That's a tougher situation because crews need to move slowly down power lines to find the sections without electrical current. That can take days.

Power companies will focus on parts of their system where they can restore power to the most people at once. They'll start with massive transmission lines that supply entire counties. Then they'll deal with smashed utility poles that serve individual neighborhoods.

Measuring by power outages, Irene was more significant than the last hurricane to make landfall in the continental U.S. Nearly 3.9 million people lost power in 10 states back in September of 2008 as Hurricane Ike carved a path of destruction from Texas to Illinois, according to the U.S. Department of Energy.

New York City appeared to escape with relatively little damage. Irene weakened to a tropical storm just before it pushed over Coney Island Sunday morning. It knocked over trees and washed the southern tip of Manhattan with seawater. But with just 121,000 power outages, the city fared better than it did during a March 2010 nor'easter.

City officials had worried that flooding would seep into underground lines that power the New York Stock Exchange and thousands of other Wall Street businesses. But the seawater didn't rise as high as feared, and it receded quickly. The main stock exchanges were set to open as scheduled Monday.

New York City's biggest power company, Consolidated Edison, said it should have the lights back on by Tuesday evening for most of its customers.

As skies clear, Progress Energy said it is ramping up power to its nuclear generating units in Southport, N.C. and expects to be at full power within 24 hours. The nuclear plant was powered down before Irene hit as a precaution.

As they switch off nuclear power plants, the utilities turn to other energy sources like natural gas-fired generators to keep the power flowing to customers.