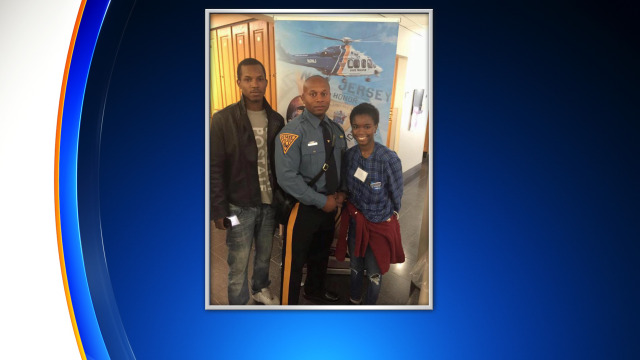 NEWARK, N.J. - A brother and sister who lost contact after being placed into separate foster homes eight years ago were unexpectedly reunited at a law enforcement job fair, CBS Philadelphia affiliate KYW reported.

New Jersey State Police say that by sheer chance, Terrell and Faith were reunited while speaking with a recruiter, who also happened to be a foster child.

The brother and sister, who separately decided to attend the career fair at Rutgers Newark campus, bumped into each other while talking with Trooper II Quaron Crenshaw.

They had lost touch after Faith's last name was changed.

Trooper Crenshaw said, "It was amazing to be there to witness the moment they were reunited. I am hoping they keep following their dreams and one day have a career in law enforcement."