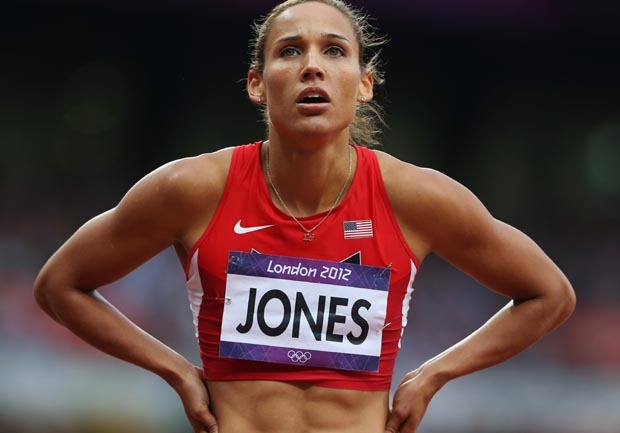 (CBS/AP) LONDON - With her voice choking and eyes welling with tears, U.S. hurdler Lolo Jones took issue with what she called "heartbreaking" criticism a day after she barely missed winning an Olympic medal.

Jones appeared on NBC's "Today" on Wednesday and was asked about a recent story in The New York Times that said her stardom had more to do with marketing than her accomplishments on the track.

"They just ripped me to shreds, and I just thought that that was crazy," Jones said.

She finished fourth in the 100-meter hurdles Tuesday, 0.10 seconds behind bronze medalist Kellie Wells. At Beijing four years ago, Jones was leading the final when she hit the ninth of 10 hurdles and wound up seventh.

"Putting your heart out there, obviously, it opens you up to a lot of negativity," Jones said.

Lolo Jones "crushed" after finishing 4th in 100-meter hurdles
Does Lolo Jones deserve all the hype surrounding her?

The Times article said Jones has "received far greater publicity than any other American track and field athlete competing in the London Games. This was based not on achievement but on her exotic beauty and on a sad and cynical marketing campaign."

Jones is backed by big-name sponsors and has appeared on magazine covers, including a recent issue of "Time." Her charisma and childhood narrative — her family once lived in a church basement in Iowa — only add to her story.

She has no Olympic or world outdoor championship medals, but in her interview Wednesday she defended her record and her dedication to her sport.

"I work six days a week every day for four years for a 12-second race, and the fact that they just tore me apart, it was just heartbreaking," Jones said. "I am the American-record holder indoors. I have two world indoor titles and just because I don't boast about these things, I don't think I should be ripped apart by media.

"So, I mean, I laid it out there, I fought hard for my country, and I think it's just a shame that I have to deal with so much backlash when I'm already so brokenhearted as it is."

Jones's own teammates have also taken issue with the sprinter's fame. Olympic medalists Dawn Harper, who took silver in the 100-meter hurdles, told NBC Sports Network that she didn't appreciate being overshadowed by Jones in the media.

"All of sudden it's just like, 'Were going to push your story aside, and still gonna push this one.' That hurt. It did. It hurt my feelings," Harper said.

Wells, who won bronze, also seemed to take a shot at Jones' work ethic, : "Well, I think that, on the podium tonight, the three girls that earned their spot and they got their medals and they worked hard and did what they needed to do, prevailed."