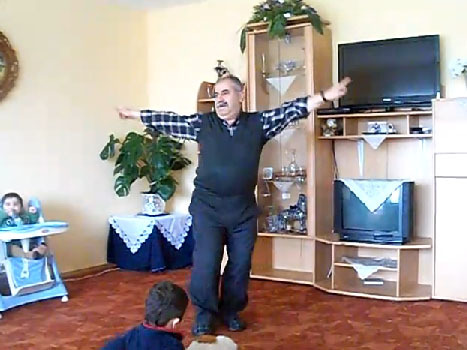 In the clip, we see a  man, who appears to be in his 50s or 60s, busting some pretty wild moves in front of children while house music blares in the background.

The video is part of a wildly popular Turkish meme, Apaci Dansi, that has many dancing to the same music on YouTube. So kick off your Monday blues (much like this man kicks off his shoe at about 1:05 into the video) and get into the Apaci Dansi groove.