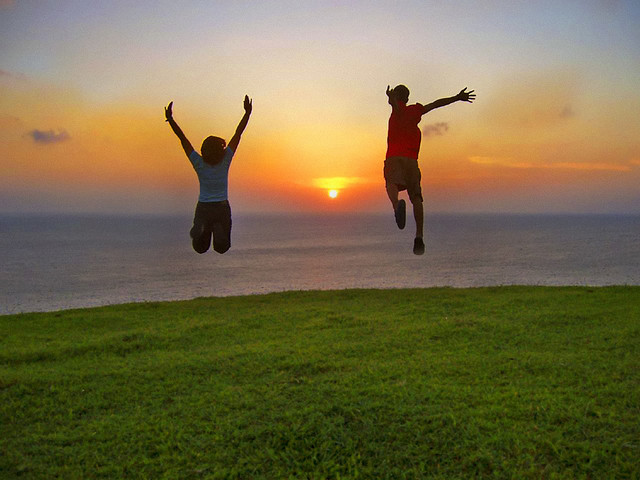 (MoneyWatch) When life feels out of whack, we have a tendency to look, first, at the activity that occupies many of our waking hours: Work. Our companies need better work-life balance initiatives. We need permission from our colleagues and bosses to take time for ourselves.

But maybe a better solution is to make whatever small changes you can on your own and see how they add up. When it comes to making work and life work, "we tend to think it's something outside of us, but it's not," says Cali Williams Yost, whose new book, Tweak It: Make What Matters to You Happen Every Day, is out this week.

Yost, who advises companies on what she calls "work-life fit," certainly sees benefits in big programs. But in years of hosting workshops, she also noticed that in any given audience, some people would be lamenting that work kept them so busy they never had time to exercise, they never had time for fun things with their family, and they never had time to keep up with their field, and yet there would be others who worked for the exact same company, and had the exact same 168 hours per week, who enjoyed their full lives. She set out to study these people she calls work-life fit "naturals."

As they explained what made life work for them, they'd often start sentences by saying "This sounds silly but..." or "You're going to laugh but..." and then they'd announce little tweaks that put pleasure in their days:

-- My Thursday night bridge group makes me happy, so I always leave work on time for that. I'll come (in) early to get my work done the next day if I need to, but I won't skip my game.

-- I need my exercise, so I get up half an hour before the kids and do 20 minutes on the treadmill every morning. That way it's done first.

-- I like to feel in control of my career so I regularly schedule time to update my LinkedIn profile, send some networking emails and figure out what I should be aiming for as my next goals.

These people started from the assumption that, sure, we're all busy, but there are a million ways you can make your life better even within that busyness. "People are afraid, but are you really going to get fired because you came in half an hour late because you took a run?" Yost asks. Rather than wait for someone to show them the way to enlightenment, and rather than waiting for permission, they made whatever tweaks they thought were important. Most were small, but "if you pull all of these together into a practice, you build your own foundation of well-being and order over time," says Yost. "That's the power of it."

What tweaks would make your work and life better?