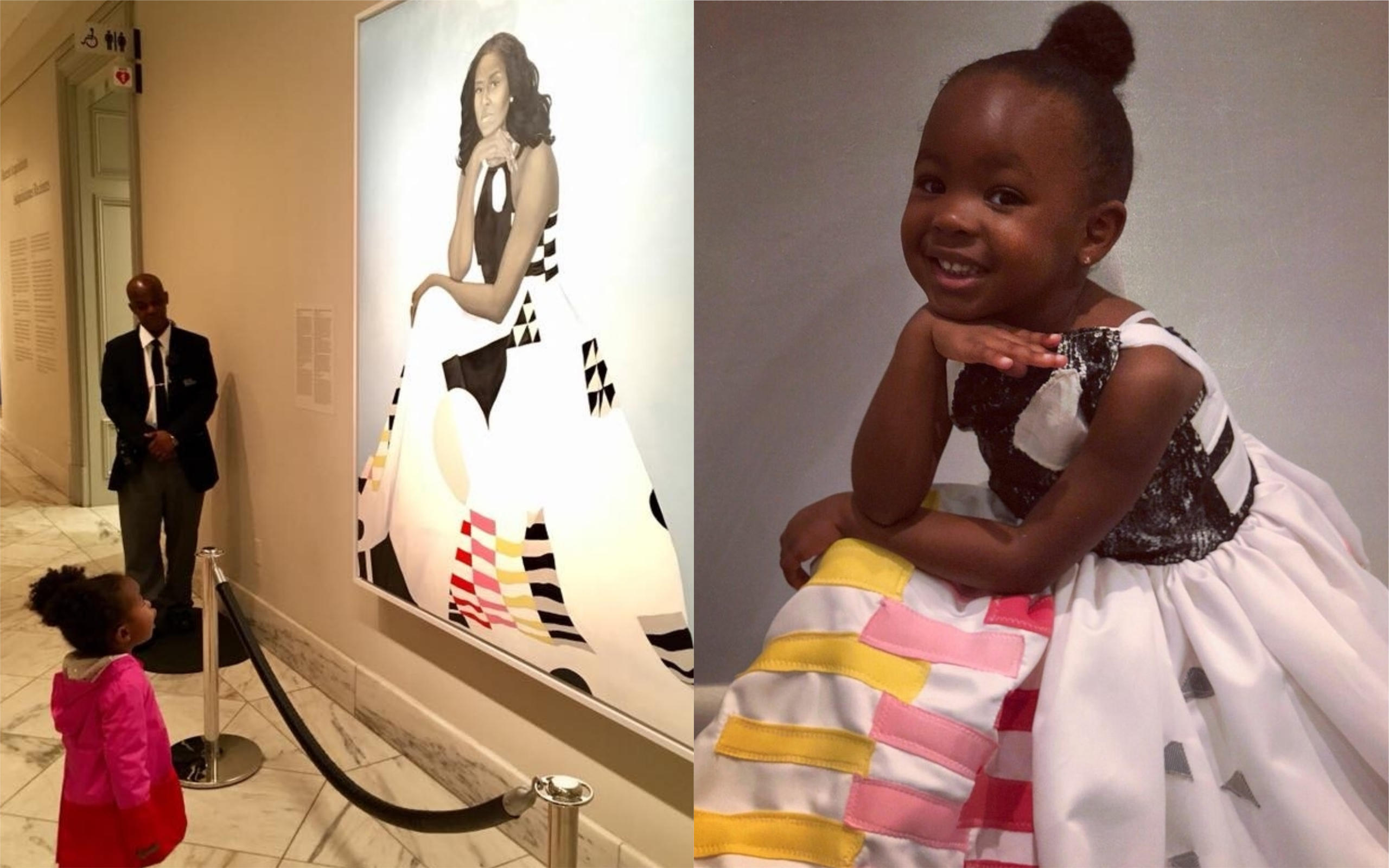 Earlier this year, a fellow museum-goer snapped a photo of Parker gazing in awe at Michelle Obama's portrait at the National Portrait Gallery in Washington, D.C. The photo quickly went viral and even the former first lady saw it. Parker got to meet Mrs. Obama, who invited her and her mom over for a dance party.

After meeting with Mrs. Obama, Parker's mom, Jessica Curry, spoke to CBS News' Chip Reid about the once-in-a-lifetime experience. Curry said she takes Parker to a lot of museums, but she had never seen her as transfixed as she was when she stood in front of the former first lady's portrait.

That's why Parker honored her idol on Halloween by wearing a replica of the dress in her portrait — only a tad smaller, of course.

In a pose that echoed the painting, Parker sat with her chin in her hand a huge grin on her face. Her long, flowing gown looked just like the white, pink and yellow one Mrs. Obama wore for the portrait. The first lady noticed Parker again when her mom tweeted photos of the costume on Halloween. "You nailed the look, Parker!" she tweeted. "I love it!!!"

When her portrait was first unveiled, Mrs. Obama said she hoped it would will inspire young women of color. If Parker is any indication, it already has.