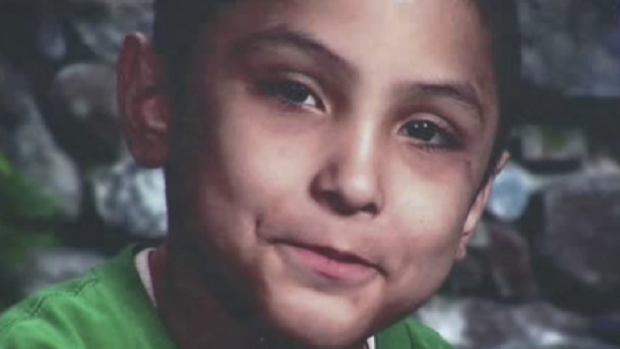 LOS ANGELES, Calif. -- Before eight-year-old Gabriel Fernandez was allegedly beaten to death by his own mother, he was doused with pepper spray, forced to eat his own vomit and locked in a cabinet with a sock stuffed in his mouth to muffle his screams, according to grand jury testimony released to the Los Angeles Times.

The testimony painted a horrific picture of the abuse the Antelope Valley, Calif. boy suffered before he died in May 2013, reports CBS Los Angeles.

Gabriel's mother, 30-year-old Pearl Fernandez, and her boyfriend, Isauro Aguirre, 34, have both pleaded not guilty to murder charges with special allegations of torture.

Gabriel's death prompted calls for sweeping reforms in the Los Angeles County foster-care system, because child welfare workers failed to remove the boy from his home. Officials have fired two social workers and two supervisors, while others involved in the case received letters of warning or reprimand, reports the Los Angeles Times.

Pearl Fernandez called 911 on May 22, 2013 to report that her son was not breathing. According to testimony, she told sheriff's deputies that Gabriel had fallen and hit his head on a dresser.

When paramedics arrived, they found Gabriel naked in a bedroom, not breathing, with a cracked skull, three broken ribs and BB pellets embedded in his lung and groin. Gabriel died two days later.

"It was just like every inch of this child had been abused," testified James Cermak, a Los Angeles County Fire Department paramedic.

The abuse worsened in the months leading up to Gabriel's death, according to testimony from two of his siblings, both minors, the newspaper reported. They said Gabriel was forced to eat cat feces, rotten spinach and his own vomit. He slept in a locked cabinet and wasn't let out to go to the bathroom.

Fernandez and Aguirre reportedly called Gabriel gay, punished him when he played with dolls and forced him to wear girls' clothes to school, the siblings said.