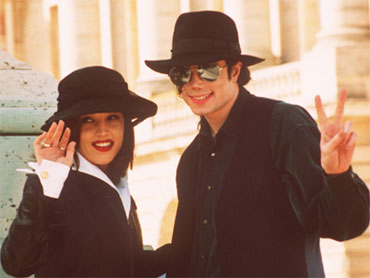 Michael Jackson's final years were also his happiest, as he focused on his children for the first time without pushing himself as much to always be No. 1 in his career and on the music charts. He was also very excited about the London comeback tour he was rehearsing for when he died.

But the last years of Jackson's life were tainted by a painkiller addiction that grew from a mere dependency due to Jackson's inability to cope with the trauma of his 2003 child molestation trial.

The revelations from Jackson biographer J. Randy Taraborrelli came on "The Early Show" Monday from his newly-updated book, "Michael Jackson: The Magic, The Madness, The Whole Story."

It was 40 years ago when, Diana Ross introduced Taraborrelli, who was president of her fan club at the time, to a 10-year-old Michael Jackson. They became friends long before Taraborrelli penned what many consider the definitive biography of the pop icon.

Taraborrelli also told co-anchor Julie Chen Jackson's mother, Katherine Jackson, has never met Debbie Rowe, the mother of Jackson's children -- though that might happen Monday in a Los Angeles courtroom as custody of Jackson's three kids, and the fate of his potentially enormous estate, are taken up.

Complete coverage of Jackson's life and death
Jackson never intended to marry Rowe, Taraborrelli says, and only did under pressure from his family and fans. He only meant for Rowe to be the surrogate mother of his children.

Taraborrelli says Jackson was indeed the biological father of the kids.

But the real "love of" Jackson's life, he said, was a previous wife, Lisa Marie Presley. Jackson wanted her to have his children, but Presley resisted, feeling the marriage wasn't strong enough and fearing a custody fight if they were to divorce -- which they did.