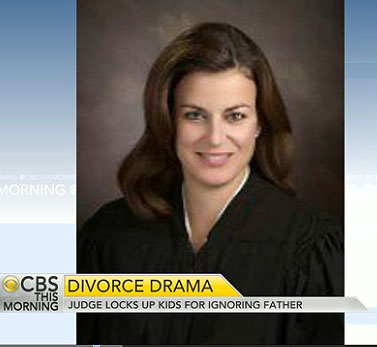 PONTIAC, Mich. -- A suburban Detroit judge who sent three siblings to juvenile detention for refusing to meet with their estranged father has been accused of misconduct by a judicial watchdog.

The Michigan Judicial Tenure Commission says the actions of Oakland County Judge Lisa Gorcyca have eroded the public's confidence in the judiciary.

Gorcyca is presiding over a nasty custody dispute involving the parents of the three children. In July, she found the siblings in contempt and sent them to juvenile detention for refusing to have lunch with their dad.

After widespread publicity, the kids were released after two weeks.

The ethics complaint was filed Monday.

Gorcyca is accused of misconduct in court and subsequently giving false explanations to the commission. Her attorney, Tom Cranmer, predicts she'll be vindicated at a hearing.