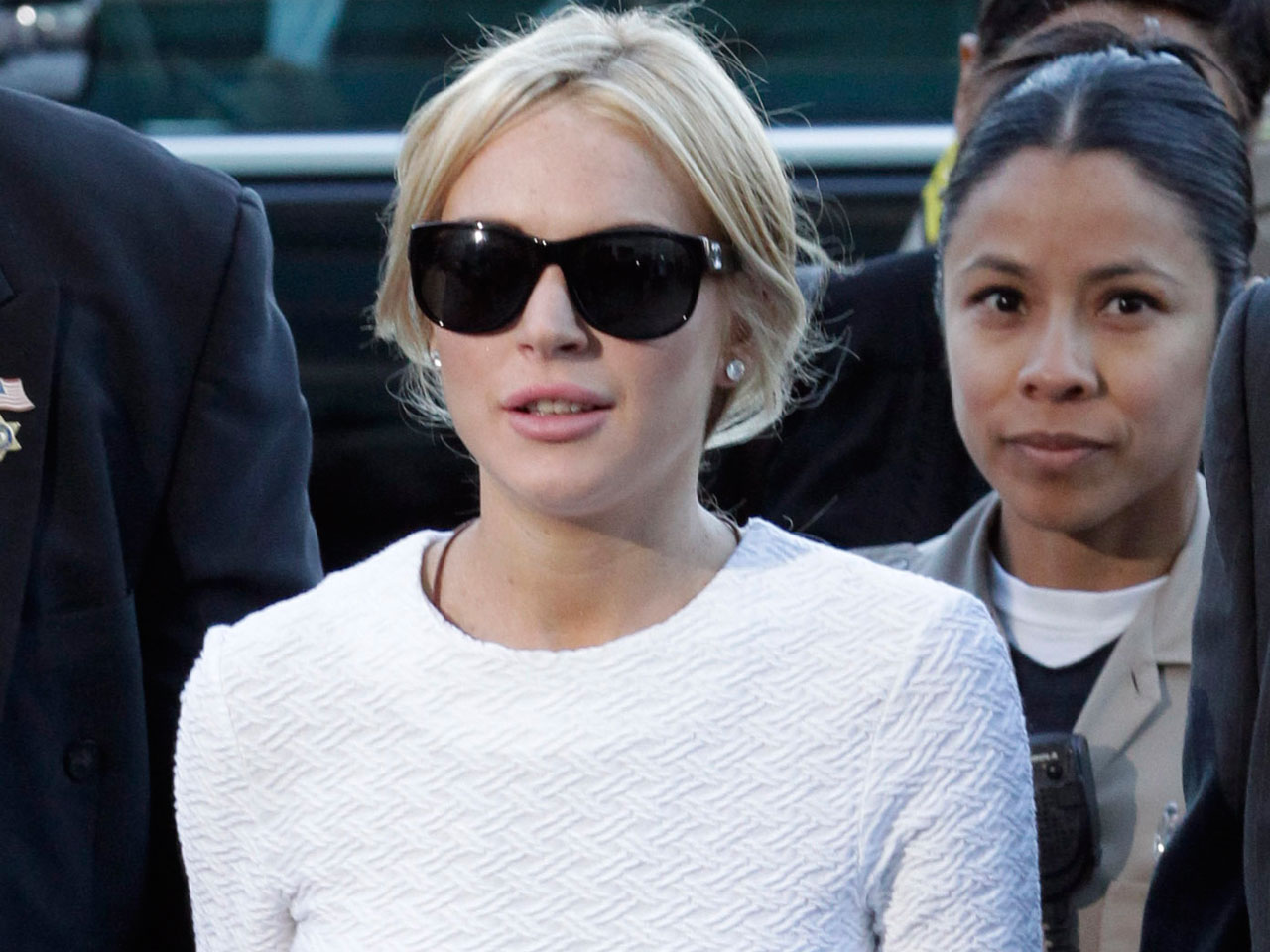 (CBS/AP) LOS ANGELES - Lindsay Lohan appeared on "The Tonight Show with Jay Leno" four days after she was sentenced to 120 days in county jail for violating her parole after allegedly stealing a necklace from a jewelry store.

The troubled actress acknowledged feeling shock at last week's ruling by a Los Angeles judge that sentenced her to jail. But when asked by host Jay Leno if her treatment was fair or unfair, Lohan said she was "treated the way I should be treated."

Lohan said she's "let a lot of my fans down by putting myself in situations when I was young and wasn't thinking clearly," but she expressed hope that she could get her acting career back on track.

Leno congratulated Lohan for winning the role of Victoria Gotti in the upcoming movie based on the notorious mobster family. Her casting in the role was announced last week but it was unclear whether her legal woes might affect it.

Lohan admitted to making mistakes in her tumultuous life, saying, "I've made a lot of poor decisions in the past and I'm dealing with the consequences of those decisions."

The actress admitted "I'm a fighter and I know I have to work to gain the respect back."

Lohan even joked about her court appearance on Good Friday, saying, "It wasn't so good for me."

Lohan praised her mother for being strong, but when asked about her father, she said, "I'm pleading the fifth."

When Leno asked what she does now that she's not going out as much, Lohan told him she loves to cook and that she makes a good Bolognese.