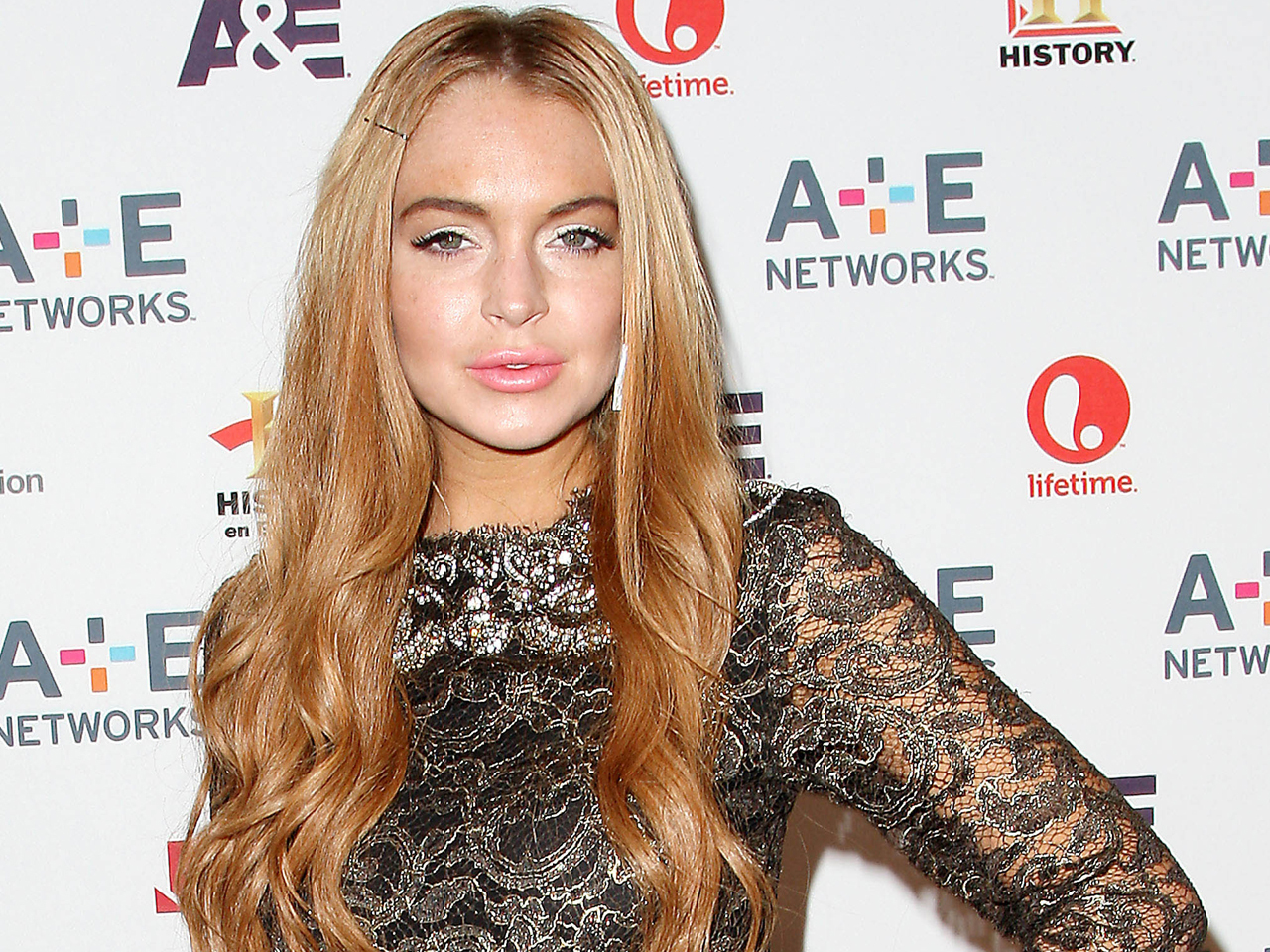 (CBS/AP) Lindsay Lohan's car was caught on grainy surveillance footage driving toward a man who says she hit him outside a nightclub and kept going. The blur used to conceal witnesses' faces partially obscures the scene.

The black-and-white video, released by police on Thursday, shows Lohan's Porsche turning from a Manhattan street onto an alley around 12:20 a.m. Wednesday as Jose Rodriguez passes in front of the car and apparently is struck. Rodriguez, a 34-year-old restaurant worker from Jersey City, N.J., stays on his feet and walks after the car as it drives away.

Rodriguez called 911 and was hospitalized with a knee injury. He said he was coming from his job at a restaurant inside the nearby Maritime Hotel when he was struck and was in a lot of pain. He criticized Lohan and her entourage.

"They acted like I was nothing," he told the Daily News. "That no one could touch her because she was so rich and powerful."

The 26-year-old actress later was arrested as she left the nightclub at the Dream Hotel in Manhattan's Chelsea neighborhood, police said. No alcohol was involved, they said.

Lohan was arrested on charges of leaving the scene of an accident and causing injury. She was given a ticket and was scheduled to appear in court on Oct. 23.

Her publicist Steve Honig said he was confident the claims being made against the troubled "Mean Girls" star would be proved untrue.

This summer in California, Lohan was involved in a car accident that sent her and an assistant to a hospital, but no one was seriously injured. The accident remains under investigation.

In May, she was cleared of allegations that she struck a Hollywood nightclub manager with her car.

The actress remains on informal probation for taking a necklace from a jewelry store without permission last year. She's not required to check in with a judge or probation officer, but she could face a jail term if she is re-arrested.