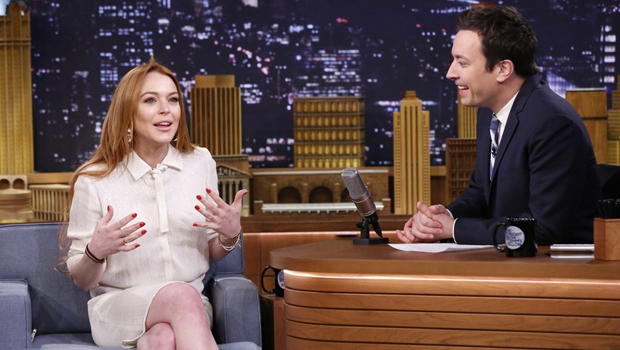 Will the cast of "Mean Girls" get together to celebrate 10 years? It appears there's a good chance it could happen.

During Thursday's visit to "The Tonight Show Starring Jimmy Fallon," Lohan said that she ran into Tina Fey backstage when the idea came up.

"She had mentioned maybe doing some sort of reunion," Lohan said about Fey, who both wrote the screenplay and starred in the teen comedy, which hit theaters on April 30, 2004. Lohan said a reunion would be "amazing," before adding that Fey had been talking to NBC's Lorne Michaels about setting something up.

"This is important, this needs to happen," Lohan said.

Lohan has been doing press leading up to the premiere of her reality series this weekend on Oprah Winfrey's OWN network.

She'll soon be seen as a guest star on CBS' "2 Broke Girls."