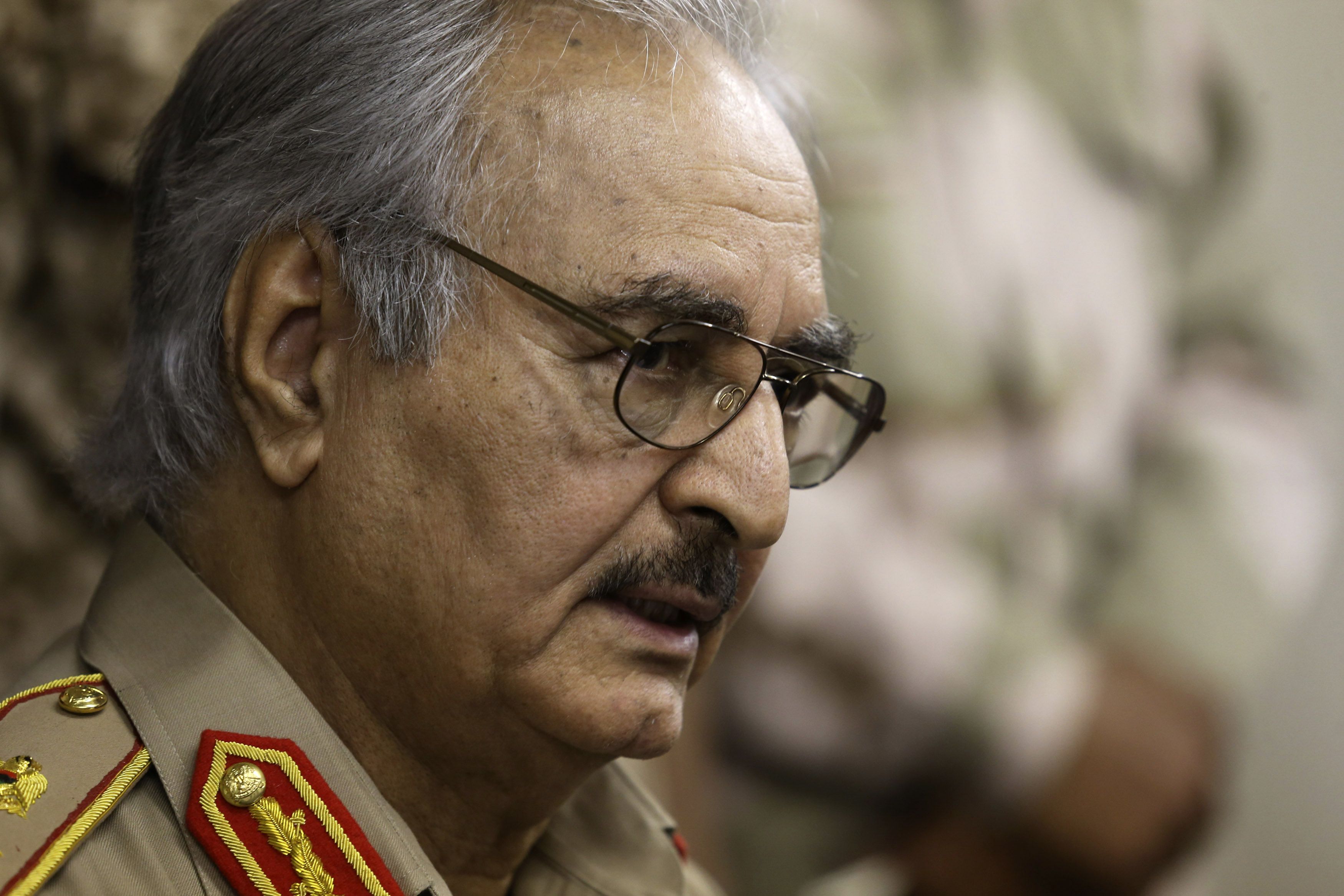 TRIPOLI, Libya -- A Libyan general who has been leading an offensive against Islamists dominating the country's political scene survived a suicide attack on his residence in the eastern city of Benghazi on Wednesday, military officials said.

The bomber drove to the residence of Gen. Khalifa Hifter in Benghazi and detonated his explosives-laden vehicle when guards stopped him at the compound's gate, officials said. The site is less than a mile away from Benghazi's military command in the suburb of al-Abyar.

Hifter was not hurt in the explosion, said the officials, speaking on condition of anonymity because they were not authorized to speak to the media. He will likely hold a news conference later Wednesday, they said.

According to the officials, four people died in the attack, along with the bomber, and at least three were wounded. The Libyan air force's chief of staff, Saqr al-Garoushi, was lightly wounded in the explosion and taken to the Benghazi hospital, officials said.

No one immediately claimed responsibility for the bombing, which bore all the hallmarks of Islamic militants whom Hifter has vowed to crush since launching his offensive last month.

A former army chief under the late dictator Muammar Qaddafi, Hifter and army units loyal to him have been battling Islamist militias, mainly in eastern Libya.

He has rallied support from the country's weakened military, anti-Islamist politicians, tribes and diplomats, vowing to crush the Islamist militias he blames for Libya's instability.

Since last weekend, helicopters flown by pilots loyal to Hifter have bombed Islamist militia camps in Benghazi, the birthplace of the uprising that led to the toppling and killing of Qaddafi in Libya's 2011 civil war.

The fighting has paralyzed the city, with schools postponing end-of-term exams and hospitals calling for blood donations.