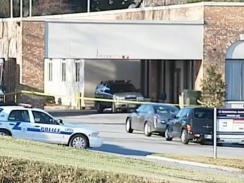 (CBS) LYNCHBURG, Va. - A student at Liberty University was fatally shot Tuesday morning amid an altercation with a university emergency services officer at an off-campus dorm, reports CBS affiliate WDBJ.

The university released a statement on its website saying the officer was attacked by a male student at the lobby of a women's-only dorm. The student was shot and killed, and the officer was transported to Lynchburg General Hospital for treatment.

According to WDBJ, the residential annex II, where the shooting took place, is about 3-and-a-half miles from the main campus. Students told the station they didn't receive official notification about the incident, but those who lived there were allowed to come and go as police investigated the scene.

The names of the student and officer involved have not been released.

Jerry Falwell Jr., president of the Christian university, said in a statement, "The Liberty University community is deeply saddened by this tragic event and is prayerfully supporting all those impacted."

The motive for the shooting remains unclear.