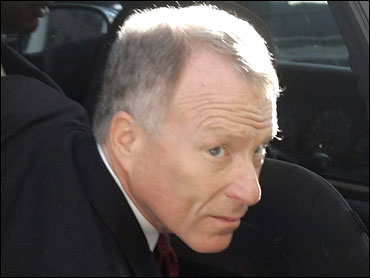 Lawyers for Vice President Dick Cheney's former chief of staff deny they are trying to scuttle the prosecution of the ex-White House aide with their demands that the government turn over classified material to the defense.

In a court filing late Tuesday night, attorneys for I. Lewis "Scooter" Libby said their client must be given access to large amounts of classified material.

"Denying Mr. Libby's requests because they pertain to 'extraordinarily sensitive' documents would have the effect of penalizing Mr. Libby for serving in a position that required him to address urgent national security matters every day," lawyers for the ex-White House aide wrote.

Prosecutor Patrick Fitzgerald has accused Libby of attempting to engage in "greymail," the practice of trying to derail prosecutions by seeking to expose national security secrets.

"The government's `greymail' accusation is not only false, but insulting," said Libby's lawyers, who assert that they are entitled to the classified material so that their client can get a fair trial.

Libby is under indictment on five counts of perjury, obstruction and lying to the FBI about how he learned of the identity of covert CIA officer Valerie Plame and what he told reporters once he learned the information from Cheney, the State Department and the CIA.

One of Libby's defenses is that if he made any incorrect statements to investigators, it was inadvertent.

"I tend to get between 100 and 200 pages of material a day that I'm supposed to read and understand and I — you know, I start at 6:00 in the morning and I go to 8 or 8:30 at night," Libby told the grand jury in testimony his lawyers released in their latest filing.