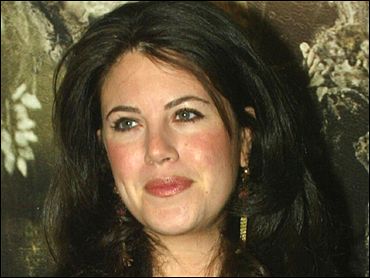 A special federal appeals court Tuesday rejected a request by former White House intern Monica Lewinsky that the government pay her attorneys' fees in the criminal investigation of President Clinton.

To collect attorneys' fees, Lewinsky needed to demonstrate that the perjury and obstruction probe of the president would not have occurred except for the now-expired Ethics in Government Act, which led to the appointment of Independent Counsel Ken Starr.

A three-judge panel said Lewinsky, who revealed an intimate relationship with Clinton that he initially denied under oath, failed to make that showing.

"The question is, would evidence of criminal wrongdoing by an incumbent president and accomplices of that president have escaped an investigation of similar scope in the absence of the Ethics in Government Act?" the court stated. "History teaches us that the answer is no."

The court noted that "we have awarded fees where we have found that a professional or politically appointed prosecutor would not have pursued allegations similar to those investigated" by an independent counsel.

The court did not state how much Lewinsky was asking for, but the judges said that during the six months before Lewinsky began cooperating with investigators, she accumulated more than $800,000 in attorneys fees.

Lewinsky wanted to be reimbursed for lawyers' fees until Feb. 12, 1999, but the court said since she was granted immunity in the summer of 1998, "it was no longer reasonable to expect" that Starr's office "might point the finger of accusation at her."