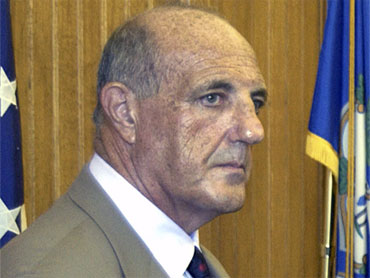 Embattled Kansas athletics director Lew Perkins has retired, a year before he planned to step down.

Chancellor Bernadette Gray-Little and Perkins made the announcement Tuesday.

Since Perkins arrived from UConn, the Jayhawks have won the NCAA basketball championship and the football team won the Orange Bowl.

But there have also been scandals and embarrassments, including a ticket scam allegedly conducted by staff members that cost the school as much as $3 million.

Perkins has not been implicated in any wrongdoing in the ticket scandal. Sean Lester was named interim athletics director.