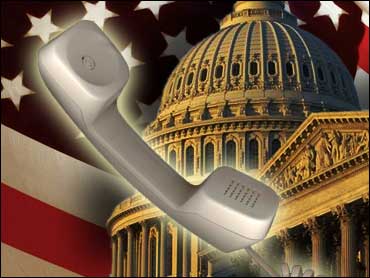 A coalition of groups opposed to a U.S.-led war in Iraq will have supporters call, fax and e-mail the White House and Congress next week in an effort to overwhelm switchboards and catch the attention of political leaders.

"Last weekend, we marched in the streets," former Rep. Tom Andrews, D-Maine, national director of Win Without War, told a news conference Wednesday. "Next week, we're taking it to the suites of official Washington."

Organizers of the "virtual march" on Washington are calling on supporters to call, fax or e-mail their two U.S. senators and the White House during business hours on Feb. 26.

The group also unveiled a new television ad featuring actor Martin Sheen, who plays the fictional President Josiah Bartlet on the television show "The West Wing." In the ad, which begins airing Thursday, Sheen urges Americans to take part in the call-in effort.

"Our message to Washington will be clear," Sheen says in the ad. "Don't invade Iraq. We can contain Saddam Hussein without killing innocent people, diverting us from the war on terrorism and putting us all at risk."

Participants who register for the call-in campaign at the group's Web site will be directed to make their phone calls at specific times, Andrews said. The goal is to record one call per minute in every Senate office and at the White House.

"We're hoping there will be thousands and thousands of phone calls," he said.

Sheen, along with other West Wing cast members and actress Janeane Garofalo, was appearing later Wednesday at a press conference in Los Angeles to discuss the new ad and the campaign.

The ad, produced by Win Without War, will air initially on cable networks in Washington and Los Angeles at a cost of $30,000.

Win Without War is a coalition of more than 30 organizations opposed to war with Iraq, including the National Council of Churches, National Organization for Women, NAACP and the Sierra Club.