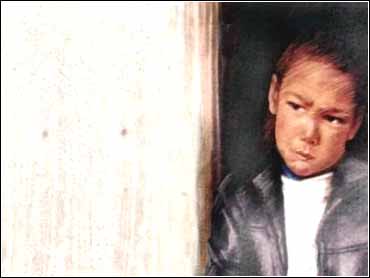 Conventional wisdom says that parents shouldn't argue in front of the kids. It's natural for adults to lower their voices behind closed doors when tempers flare. But some experts believe that exposing your kids to bickering does have benefits.

The Early Show's Family and Adolescence Counselor Mike Riera explains the right and wrong ways to have your say when the kids are around.

Fighting is actually beneficial for the entire family, assuming you argue the right way.


Keeping your conflicts hidden deprives children of important relationship lessons, and it's also unhealthy. It's destructive for children to think that their parents never fight. This teaches them to fear conflict and gives them the false idea that a relationship can only be happy if the couple never fight.

Learning to compromise and that people can agree to disagree are among the most important lessons you can instill in your children.

Why is it good to argue with your spouse in front of the kids?

Do NOT argue in front of preverbal kids.

How can you tell if your fighting is stressing out your kids?

In any of these cases, reassure them that you are just arguing and that you still love each other and still will when the argument is over.

Are there some subjects you shouldn't fight about in front of the kids? (Age appropriateness is important; it is different if child is 6 or 16.)