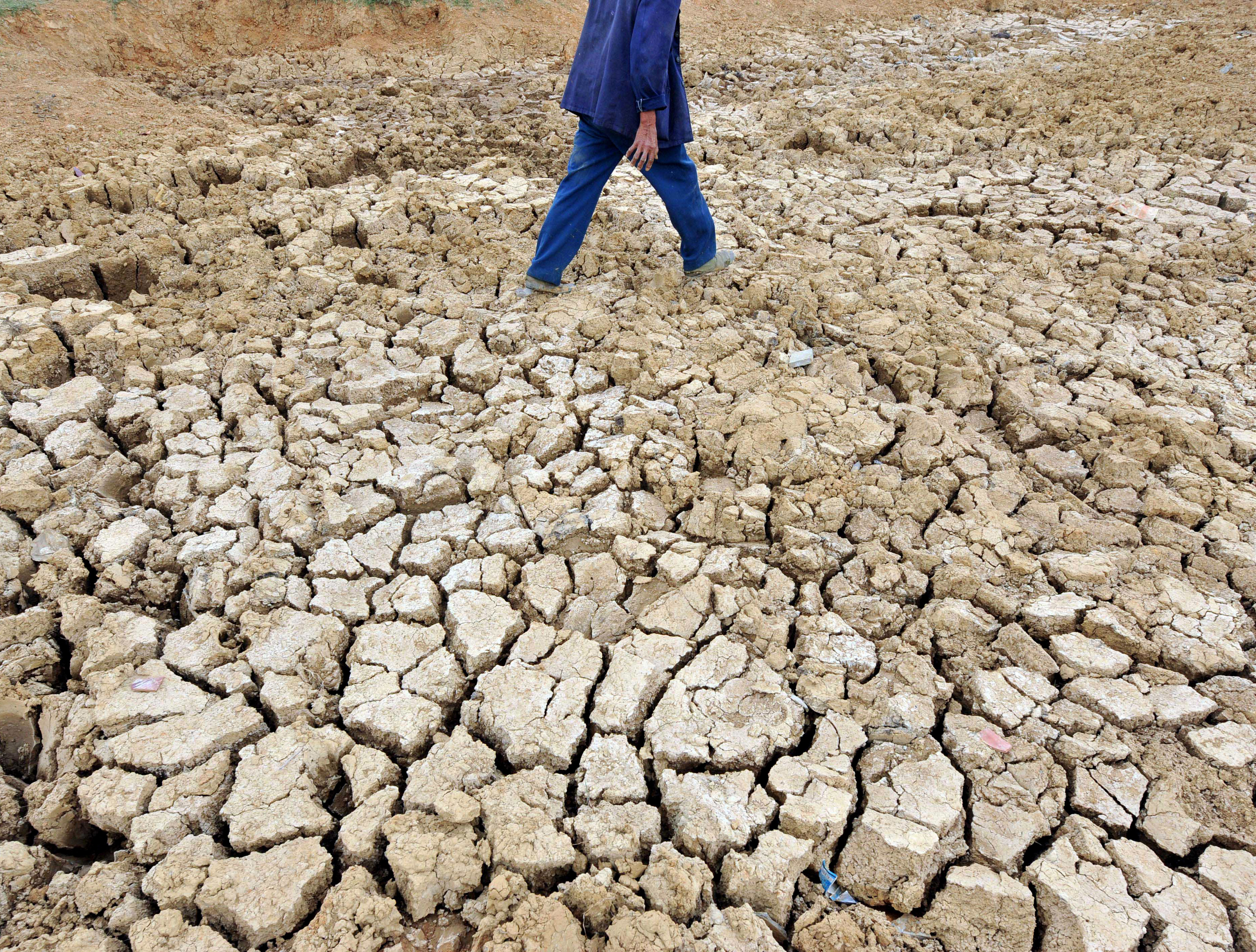 If climate change continues at present rates, up to 30 percent of land is at risk for drought conditions by the end of this century, according to new research from Columbia University.

When the scientists looked exclusively at the risks associated with a decline in rainfall -- the most commonly discussed cause of drought -- they concluded that 12 percent of land will be subject to drought by 2100. But rainfall is not the only risk factor.

Another significant factor is the rate at which water evaporates when it reaches the ground. As global temperatures continue to rise, water will evaporate faster.

When the study authors considered higher evaporation rates and decreased rainfall together, the area of land at risk expanded from 12 percent to 30 percent.

The study shows that even areas expected to see increased rainfall, like the the western United States and southeastern China, will be at risk of becoming arid if evaporation rates increase. Existing arid areas in Central America, the Amazon, and southern Africa will expand, and seasonal dryness commonplace in southern Europe is expected to creep north.

Conditions in areas that are already drought-ridden, like California, will become worse.

"We know from basic physics that warmer temperatures will help to dry things out," lead author Benjamin Cook said in a statement. "Even if precipitation changes in the future are uncertain, there are good reasons to be concerned about water resources."

This will further compound the consequences of climate change laid out in the United Nations Intergovernmental Panel on Climate Change's most recent report. Released on March 31, the report concluded that climate change will significantly impact global crop yields and, therefore, food prices. It also explained that soil moisture will decline around the world, which mirrors the findings of this Columbia University Lamont-Doherty Earth Observatory research.

"For agriculture, the moisture balance in the soil is what really matters," said Jason Smerdon, a co-author of the study. "If rain increases slightly but temperatures also increase, drought is a potential consequence."

The study "confirms something we've suspected for a long time," Cornell University's Toby Ault, a climate scientist who was not involved in the study, said in the release. "Temperature alone can make drought more widespread. Studies like this give us a few new powerful tools to plan for and adapt to climate change."

Published in the journal Climate Dynamics, the study's authors looked at climate simulations in determining the drought projections for every continent except Antarctica. They've also created a website where the public can parse through the data.