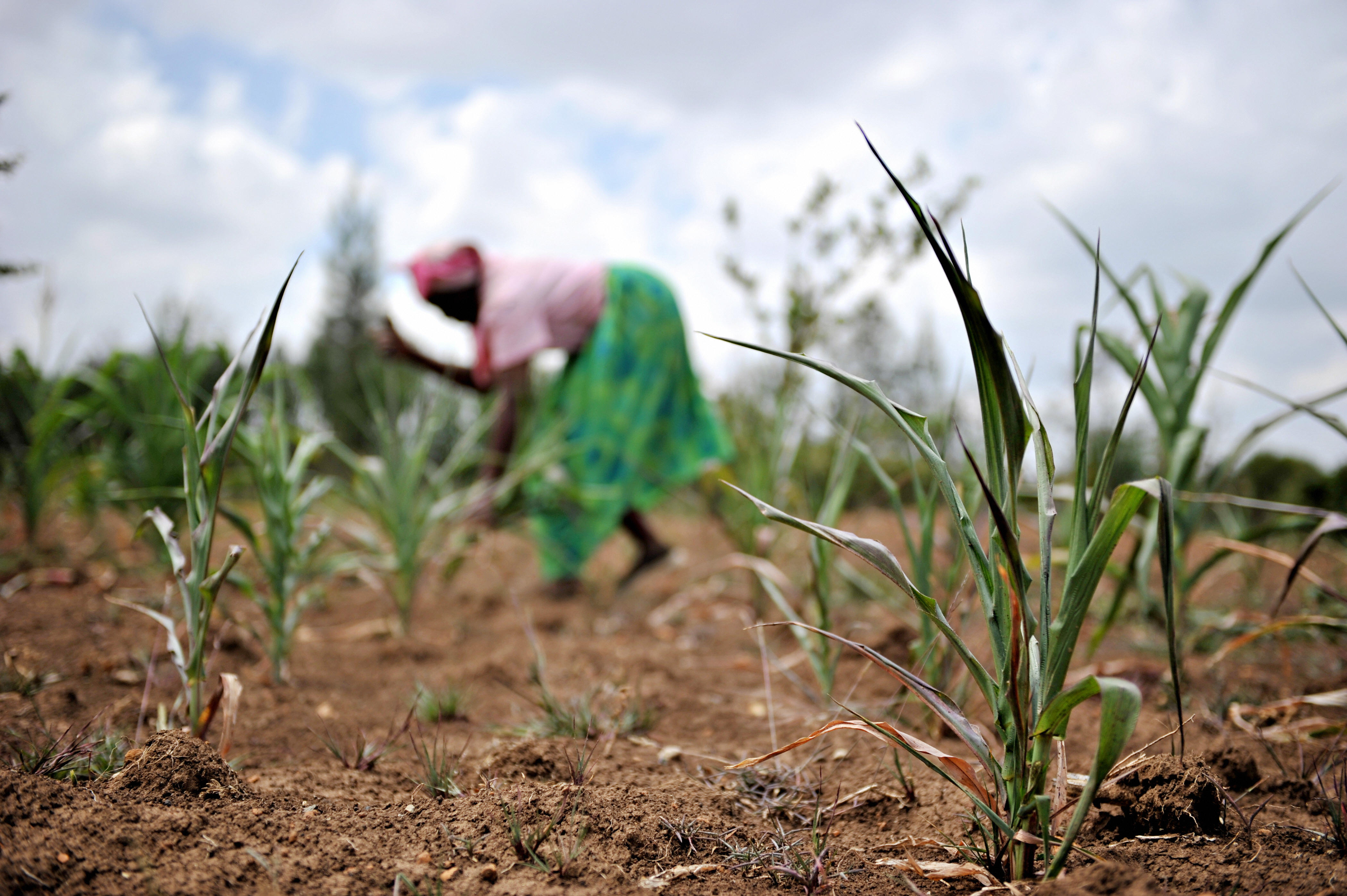 "Climate change is happening, the signs of it, the impacts, are detectible already," says Dr. Michael Oppenheimer, lead author of the UN's latest report on climate change. "If you live in a city, if you live along the coast, or if you eat to live, this is a problem you have to worry about."

A review of scientific research conducted since 2007, the Intergovernmental Panel on Climate Change (IPCC) report definitively concludes that the effects of climate change are already impacting everything from global safety to food supplies.
"There is no one on Earth who escapes the effects of climate change," Oppenheimer told CBS News. The most pressing matter, he said, is food supply.

A warmer world will push food prices higher, trigger "hotspots of hunger" among the world's poorest people, and put a crunch on supplies of Western delicacies like fine wine and robust coffee, according to the 32-volume report issued Monday.

Other major impacts outlined in the report include coastal and inland flooding causing damage to big cities, extreme heat waves, and other weather phenomena.

Even though heat and carbon dioxide are often considered good for plants, the overall effect of man-made warming is that it will reduce food production compared to a world without global warming, the report said.

"As we go forward in time, we're going to see first in the poorer countries... decreases in some of the main crops like wheat or corn that feed their populations. Eventually they get into trouble and they don't have enough food to feed their people," said Oppenheimer.
The food issue is especially daunting, he added, because the demand for food will only continue to grow as populations increase. Historically, technological advances have helped keep up with the growing demand.

The "green revolution" of improved agricultural techniques has helped increase crop production by about 10 percent per decade. But climate change is likely to reduce yields by 1 percent a decade.

Those numbers aren't consistent around the world. Some places have seen crop yield increases drop from 2 percent a year to 1 percent or even plateau. And places like India, where 800 million people rely on rainfall rather than irrigation for their crops, the green revolution never improved crops much, said IPCC chairman Rajendra Pachauri.

Relying on technology to solve problems poses a risk in itself, added Oppenheimer. "We don't know when the new technological developments are going to happen. All we do know is that right now, demand and supply globally are pretty close," he said.
The last time the panel reported on the effects of warming in 2007, it said it was too early to tell whether climate change would increase or decrease food production, and many talked of a greening world. But in the past several years the scientific literature has been overwhelming in showing that climate change hurts food production, said Chris Field of the Carnegie Institution of Science and lead author of the climate report.
Food prices are likely to go up somewhere in a wide range of 3 percent to 84 percent by 2050 just because of climate change, the report said.

The report specifically mentions warming squeezing out crops in some of the richer coffee-growing areas in Central and South America, apple orchards in eastern Washington, and cherry orchards in California.

And where you get your wine may be changing. Both quantity and quality of wine can be hurt in much of Europe, the United States and Australia, while Portugal and British Columbia in Canada may become better places for wine, the report said.

Furthermore, it's not just crops on land that are being affected. A warmer and more acidic ocean is changing where fish live, making them harder to catch, and making it harder to feed people who rely on fish, Pachauri said.

Another effect we are already seeing is the increased impact of extreme weather events, the report says.
Recent disasters such as killer heat waves in Europe, wildfires in the United States, droughts in Australia and deadly flooding in Mozambique, Thailand and Pakistan highlight how vulnerable humanity is to extreme weather, according to the report. The dangers are going to worsen as the climate changes even more, the report's authors said.
"We're now in an era where climate change isn't some kind of future hypothetical," said Field. "We live in an area where impacts from climate change are already widespread and consequential."
Oppenheimer pointed to the damage wrought on New York City as Hurricane Sandy bore down in October 2012. The storm wasn't caused by climate change, but the damage was exacerbated because the sea level was about one foot higher than it was a century ago, he said. He also said the dangers of intense heat waves have been made worse by an increased average global temperature.

What can be done

The report mentions the word "risk" an average of about 5 1/2 times per page. "Changes are occurring rapidly and they are sort of building up that risk," Field said.

The problems have gotten so bad that the panel had to add a new and dangerous level of risks. In 2007, the biggest risk level in one key summary graphic was "high" and colored blazing red. The latest report adds a new level, "very high," and colors it deep purple.

You might as well call it a "horrible" risk level, said one of the report's co-authors, Maarten van Aalst of the International Federation of the Red Cross and Red Crescent Societies. "The horrible is something quite likely, and we won't thing about it."

Designed to guide governmental action, the report outlines ways to start mitigating these risks: reducing carbon pollution and adapting to and preparing for changing climates with smarter development.

The report echoes an earlier U.N. climate science panel that said if greenhouse gases continue to rise, the world is looking at another about 6 or 7 degrees Fahrenheit of warming by 2100, compared with the international goal of not allowing temperatures to rise more than 2 degrees Fahrenheit. The difference between those two outcomes, Oppenheimer said, "is the difference between driving on an icy road at 30 mph versus 90 mph. It's risky at 30, but deadly at 90."

The Obama White House says it is taking this new report as a call for action, with Secretary of State John Kerry saying "the costs of inaction are catastrophic."

The report is based on more than 12,000 peer reviewed scientific studies. Michel Jarraud, secretary general of the World Meteorological Organization, a co-sponsor of the climate panel, said this report was "the most solid evidence you can get in any scientific discipline."

Michael Mann, a climate scientist at Pennsylvania State University who wasn't part of this report, said he found the report "very conservative" because it is based on only peer reviewed studies and has to be approved unanimously.

There is still time to adapt to some of the coming changes and reduce heat-trapping emissions, so it's not all bad, said study co-author Patricia Romero-Lankao of the National Center for Atmospheric Research in Colorado.

"We have a closing window of opportunity," she said. "We do have choices. We need to act now."

Why 2 degrees are so important to the climate
Thanks for reading CBS NEWS.
Create your free account or log in
for more features.
View CBS News In
CBS News App Open
Chrome Safari Continue
Be the first to know
Get browser notifications for breaking news, live events, and exclusive reporting.