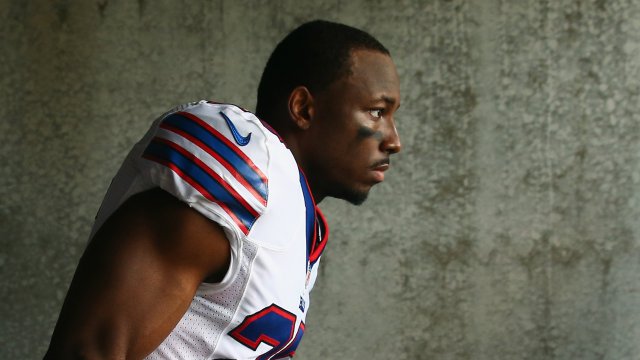 McCoy, former NFL running back Curtis Brinkley and Tamarcus Porter, a college teammate of McCoy's, were reportedly involved in an altercation at a Philadelphia night club on Sunday morning.

Police say a fight with three off-duty Philadelphia police officers was related to a dispute over the purchase of four bottles of champagne. McCoy, Brinkley, and a man named Christoper Henderson allegedly assisted Porter, who is accused of initiating the confrontation with the police officers.

Officer Roland Butler was "punched, kicked, and stomped about his body and head multiple times," the police report says.

The report also states that Butler suffered a laceration to his right eye, broken nose, broken ribs, and a sprained thumb. Officer Darnell Jessie received eight stitches over his left eye and could also have a skull fracture, according to police.