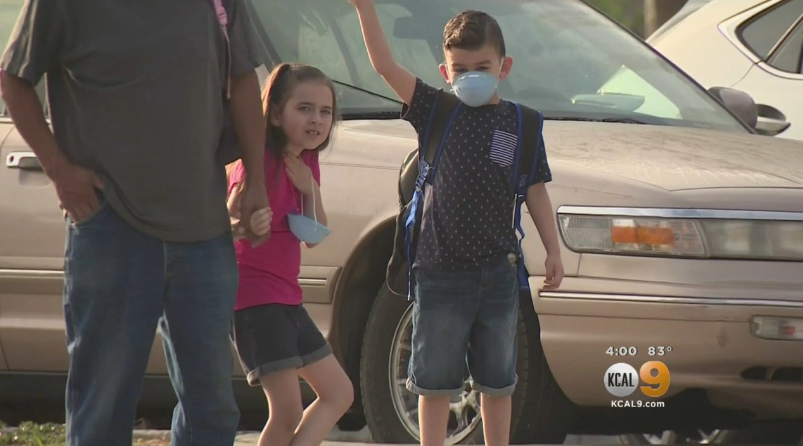 Parents and students in Jurupa Valley, California, could be dealing with a rare disease.

Worried families are demanding more information after letters were sent home to parents saying two students at Indian Hills Elementary in Jurupa Valley “might” be sick with leprosy, CBS Los Angeles reports. School officials say the letter was sent Friday out of what they called an abundance of caution.

Some parents refused to send their children to school Tuesday after receiving the warning from the Jurupa Unified School District.

It was unclear whether the two students are related to each other.

Barbara Cole, the director of disease control for Riverside County, where the school is located, said a school nurse notified the health department of the possible cases on Friday, but it could take weeks to get tests results back to confirm whether the children indeed have leprosy.

“We have not identified any risk at the school and it’s very difficult to transmit to others,” said Cole.

Leprosy, which is associated with disfiguring skin sores and peeling skin, is spread through mucus after having close and repeated contact with an infected person. It is easily treatable with antibiotics, and most of the population is immune to the infection.

Jurupa Valley Unified Superintendent Elliott Duchon says classrooms have been decontaminated and the students in question are not in school.

“For parents, they need to make a decision for their children but we’re not recommending any precautions,” said Duchon. “There is not a risk at this time.”

County health officials have scheduled a meeting after school Wednesday and will also be interviewing the parents of the affected children to see if they have traveled to less-developed countries, where leprosy is more prevalent.