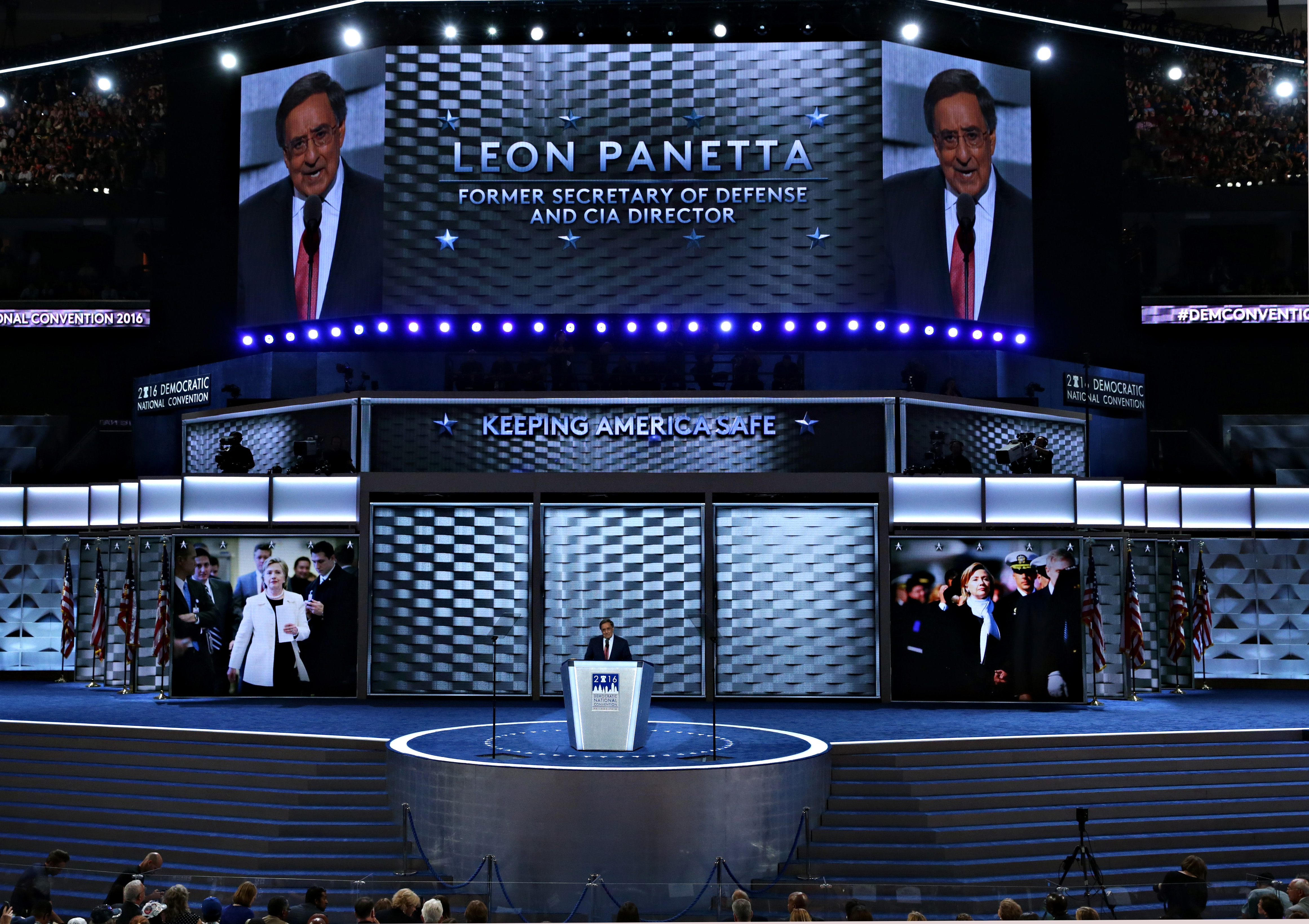 Former CIA Director and Defense Secretary Leon Panetta had a strong directive for the delegates gathered for Day Three of the Democratic convention.

But it was no easy feat for Panetta to make himself heard above the din of the protesters in the arena. Shouts of "no more war, no more war," followed by the choir of Clinton supporters yelling, "Love trumps hate," and "USA, USA" interrupted him.

"Only today --let me point out something that just happened today," he implored the crowd, then continued talking over the crowd.

"Donald Trump once again took Russia's side. He asked the Russians to interfere in American politics, Panetta said to loud booing. "Think about that for a moment -- think about that. Donald Trump, who wants to be president of the United States, is asking one of our adversaries to engage in hacking or intelligence efforts against the United States of America to affect an election."

As CIA director, it was Panetta's job to protect the U.S. from cyber attacks, which he brought up in his address to drive home the point that "it's inconceivable to me that any presidential candidate would be this irresponsible."

Panetta may well have felt this way about the GOP nominee before he delivered his speech Wednesday night, but Trump's comments suggesting he hoped Russia could find Clinton's 30,000 deleted emails spurred him to adjust his speech in the afternoon before his address.

The former defense secretary also found Trump's resume wanting, compared to the Democratic nominee's. He's known Hillary Clinton for decades, and he described her as "smart" and "principled," and reiterated a point the president often makes.

"Hillary Clinton is the single most experienced and prepared person who has ever run for president of the United States," he argued. Clinton "is the only candidate who has laid out a comprehensive plan to defeat and to destroy ISIS and keep America safe."

Trump on the other hand, "says he gets his foreign policy experience from watching TV and running the Miss Universe Pageant," Panetta joked darkly. "If only--if only it were funny, but it is deadly serious. Donald Trump asks our troops to commit war crimes, endorses torture, spurns our allies from Europe to Asia, suggests that countries to have nuclear weapons, and he praises dictators from Saddam Hussein to Vladimir Putin."

"We cannot afford someone who believes America should withdraw from the world, threatens our international treaties, and violates our moral principles," Panetta said. "We cannot afford an erratic finger on our nuclear weapons."