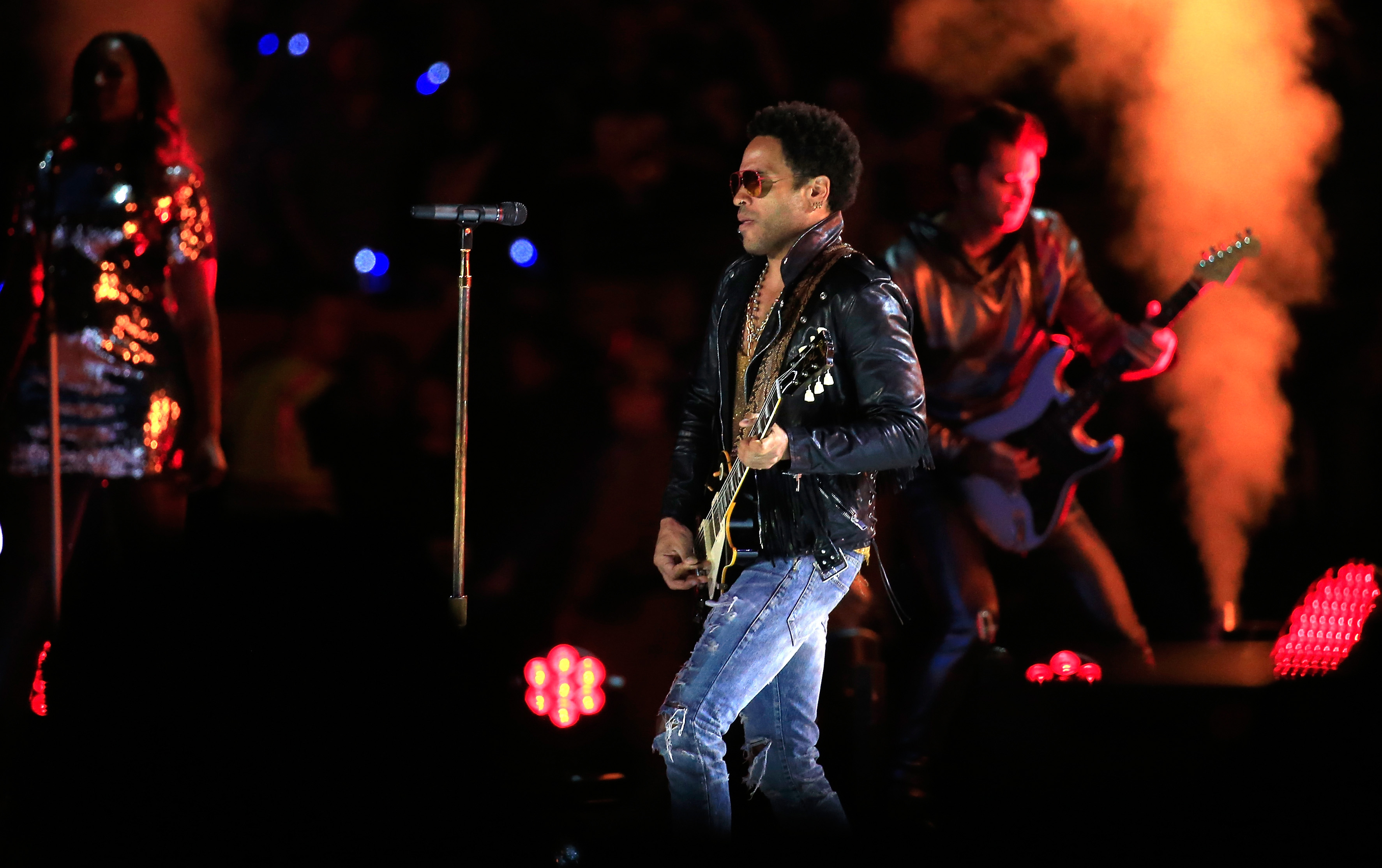 A crowd at a Lenny Kravitz concert in Stockholm, Sweden discovered the eclectic rockstar goes commando.

During a particularly energetic guitar solo on Tuesday, Kravitz squatted on stage and accidentally ripped open the crotch of his leather pants, exposing his manhood to thousands.

He wasn't wearing any underwear.

He didn't seem to notice, but then he quickly ran backstage and changed into another pair of pants.

Kravitz was quiet about the incident at first while the Twittersphere went nuts with phallic jokes.

Breaking his silence, Kravitz tweeted a text he got from Aerosmith frontman Steven Tyler, and suddenly "#penisgate" was born. Foul language included, of course.

Here's to hoping there's a penis joke during Kravitz's turn on the second season of Empire.