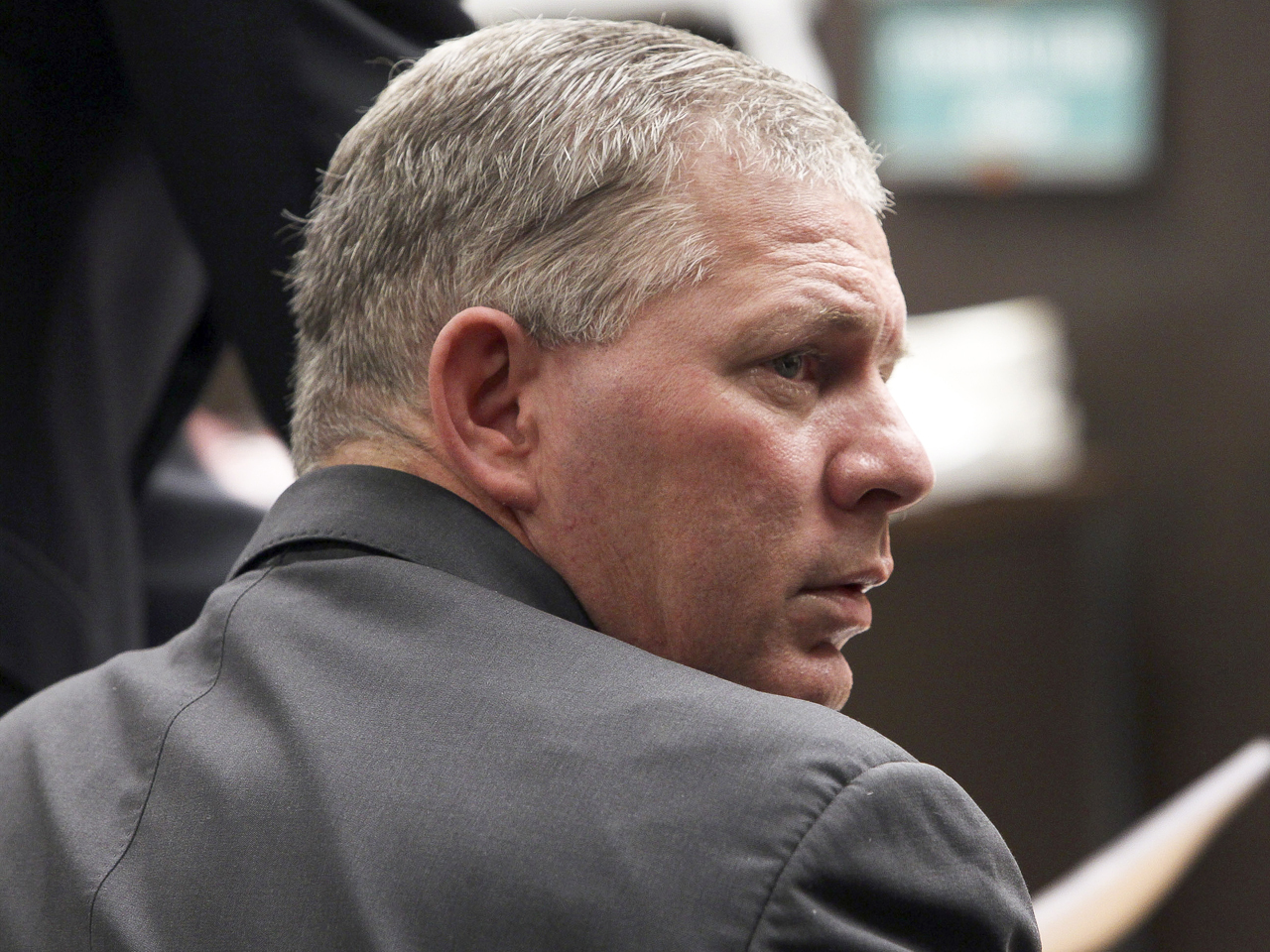 (CBS/AP) LOS ANGELES - Former All-Star outfielder Lenny Dykstra was sentenced to six-and-a-half months in prison Monday for hiding baseball gloves and other heirlooms from his playing days that were supposed to be part of his bankruptcy filing.

U.S. District Judge Dean Pregerson weighed Dykstra's battle with drugs and alcohol versus the crimes he committed and opted to give the ex-big leaguer a lenient prison term but saddled him with 500 hours of community service. He also ordered Dykstra to pay $200,000 in restitution.

Dykstra, 49, apologized for his actions and promised to turn his life around.

"I don't think I'm a bad person," said Dykstra, who was in handcuffs and wearing a white prison-issued jumpsuit. "I made some bad decisions."

In court, deputy federal public defender Hilary Potashner said that Dykstra has been "beaten to a pulp" recently while in a Los Angeles County jail and had some teeth knocked out.

Pregerson initially issued a 14-month sentence, but revised his ruling after he noted Dykstra had already served seven months in federal custody awaiting sentencing. Dykstra was already behind bars after pleading no contest to grand theft auto and providing a false financial statement.

The sentences will run concurrent and Dykstra could be released by mid-2013, Pregerson said.

The sentencing was part of a downward spiral for Dykstra, who earned the nickname "Nails" during his 12-year career with the New York Mets and Philadelphia Phillies because of his gritty style of play.

Dykstra, who bought a mansion once owned by hockey star Wayne Gretzky, filed for bankruptcy three years ago, claiming he owed more than $31 million and had only $50,000 in assets.

After the filing, Dykstra hid, sold or destroyed at least $200,000 worth of items without permission of a bankruptcy trustee, prosecutors said.

Court documents show Dykstra said he put an oven, sconces and chandeliers into a storage unit, but prosecutors said he actually sold the items for $8,500. Then Dykstra went to another house where his ex-wife lived and sold a cache of baseball memorabilia to a Las Vegas dealer for $15,000 and pocketed the proceeds.

Deputy federal public defender Hilary Potashner said Dykstra has battled drug and alcohol abuse that date back to his playing days when he took painkillers. Dykstra was arrested last year by Los Angeles police who said they found cocaine, Ecstasy and synthetic human growth hormone at his home. As part of the grand theft auto case, prosecutors dropped 21 counts against him in exchange for his no contest plea.

Potashner added that when Dykstra ran into financial troubles several years ago, he became a person who was out of control.

Pregerson tried to comprehend the host of legal problems facing Dykstra, including a recent nine-month sentence after he pleaded no contest to exposing himself to women he met through Craigslist.

"There's just a sort of spectrum of conduct I can't understand," Pregerson said. "What I am trying to understand is: Who is Mr. Dykstra?"

Dykstra's attorneys stressed their client has learned a valuable lesson and has paid a high price for his celebrity status.

Steve Whitmore, a spokesman for the Los Angeles County sheriff's department, said there had been a fight involving Dykstra and some deputies in April after the former ball player had to be taken to a hospital for undisclosed reasons. Dykstra was the aggressor and had to be physically restrained, Whitmore said.

"The accusation the defense attorney is making in court is not accurate," said Whitmore, who added Dykstra suffered a bloody nose during the incident.

On Monday, Dykstra had about a dozen supporters in court, including his ex-wife and his son, Cutter, who is playing for the Washington Nationals' Single-A team in Maryland.

As the gray-haired Dykstra was being led away from court, he turned to the group and gave a thumbs-up.