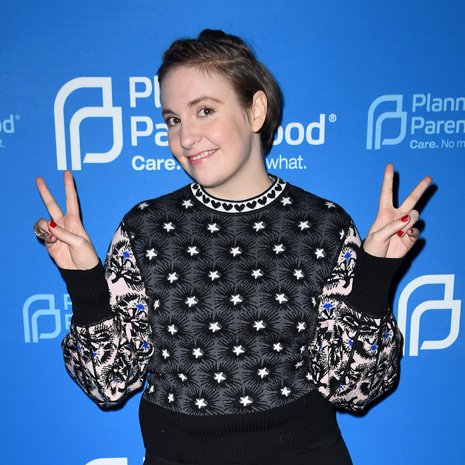 Dunham posted a four-year-old photo to Instagram of her and her then-pregnant co-star, Jemima Kirke, featuring the two of them lounging naked in a bathtub on the set of "Girls."

"Throwback to summer 2012 on the set of 'Girls' when Jemima was pregnant with her second child," Dunham wrote. "What's so beautiful to me about this photo right now is choice- I got to watch my friend since childhood CHOOSE to become a mother. She had the personal and emotional resources to support that choice. She didn't have her hand forced by lawmakers who would never understand her reality or respect her humanity. Sending love and strength to every woman around the world who is being denied that choice. We won't stop fighting for you."