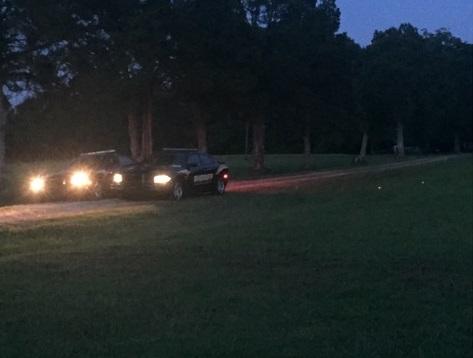 The Edgecombe County Sheriff's Office said in a release that two suspects were in custody, WNCN reported.

"It blew me away. It immediately made me nauseous," Leggett town commissioner Teresa Summerlin told WNCN. "The nicest couple. Gary just got back this weekend from going and babysitting his grandchild, who has a broken bone."

Summerlin told WNCN she was concerned when Jackie Skelton didn't show up for work Thursday morning. She said she tried to call Gary Skelton, but didn't get an answer.

Summerlin said the Skeltons were last seen Wednesday night when they went out to dinner with another couple.

According to WNCN, records indicate the home belongs to Skelton.

"It blew my mind, for one thing. This is somewhat a quiet area that we live in," neighbor Sherry Kenney told WNCN.

The town of Leggett has a population of 55, according to the Charlotte Observer.