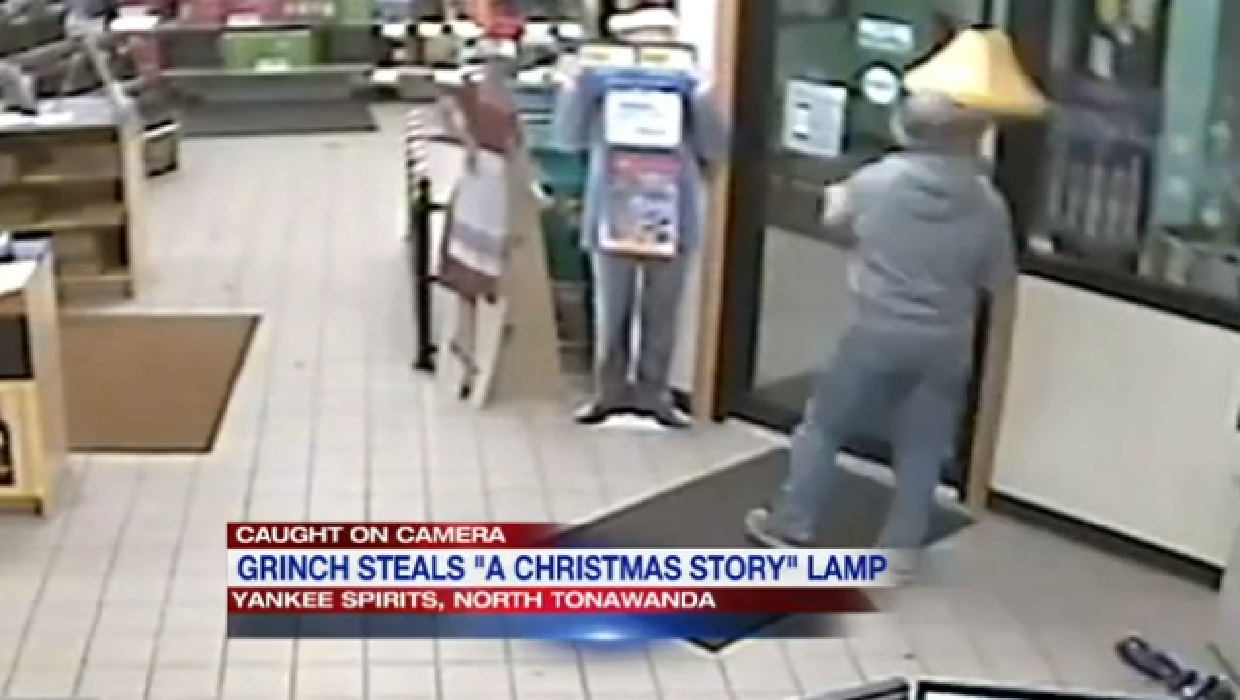 NORTH TONAWANDA, N.Y. - Somebody stole a "leg lamp" -- but not just any leg lamp. One that belonged to Ralphie's "Old Man" in the holiday movie classic "A Christmas Story," and which was on display at an upstate New York store.

The owner of the Yankee Spirits liquor store in North Tonawanda says his annual window display honoring the 1983 Christmas movie includes memorabilia from the film, including several versions of the now-iconic leg lamp.

The store's surveillance video shows a man in a gray hoodie and sunglasses walking in and glancing around before he grabs a large leg lamp and leaves.

Store owner Gary Brennan tells CBS affiliate WIVB even his customers are angry about the theft.

In the movie, Ralphie's father wins a prize that turns out to be a garish lamp in the shape of a woman's leg, adorned in a fishnet stocking. Ralphie's mother "accidentally" breaks it, leaving the Old Man heartbroken.

Now instead of fishnet, the owner of Yankee Spirits is hoping for more of a dragnet, to bring back the leg lamp he coveted.