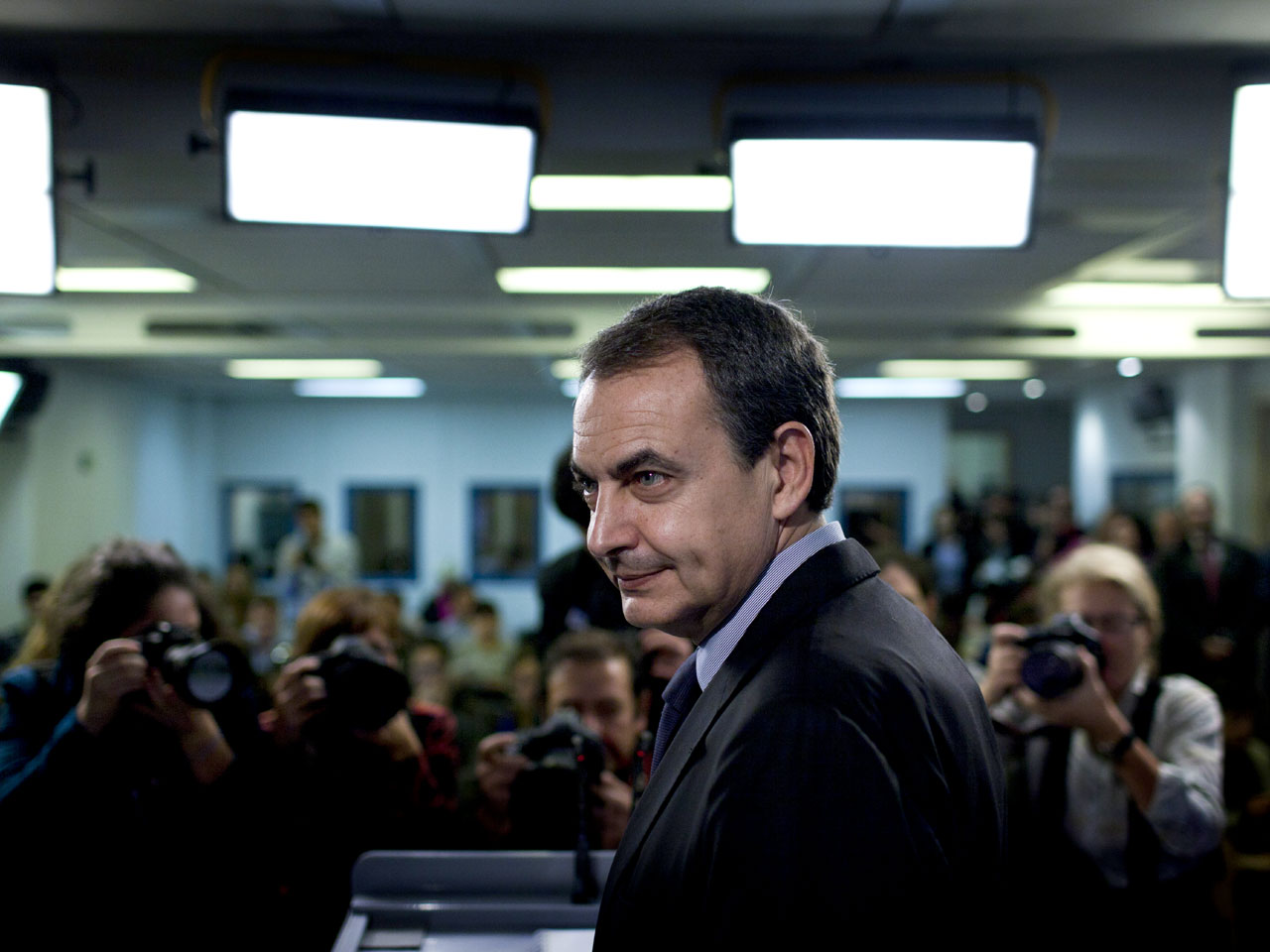 MADRID - Throw a dart at a map of Europe now and it takes expert aim to hit a country run by a left-of-center government, especially after Spain's Socialists were emphatically drubbed out of power over the weekend.

Although the shift to the right began years ago in such heavyweights as France and Germany, it is now all but complete three years into the continent's grinding debt and economic crisis. Why? When times get tough — when "the cows get thin" as the Spanish say — political experts say edgy voters seek comfort with conservatives.

"The center-right is the natural preference in times of crisis," said Piotr Kaczynski of the Centre for European Policy Studies in Brussels. "If you look at societies and how they make their preferences, they all tend to vote more conservative in times of crisis and more center-left in times of economic progress."

Granted, on the European Union map there are scattered spots of leftist liberalism. A new Social Democratic government runs Denmark, there is a center left government in Norway and there is a broad Social Democratic-led coalition in Austria. And the Socialists might beat conservative President Nicolas Sarkozy in France's presidential election next year.

But Kaczynski said there is no doubt the European left faces an uphill battle in re-establishing itself with an appealing message and the means to enact it, despite widespread disillusionment with go-go capitalism as seen in the Occupy Wall Street protests and Europe's widespread anti-austerity marches.

In Spain, voters enduring a 21.5 jobless rate ejected the Socialists and install the center-right Popular Party by a crushing margin in Sunday's election.

Voters dumped the Socialists in Portugal earlier this year and the Labour Party in Britain last year, in both cases shifting to conservative parties. A technocrat government has taken over in the last month from Greece's Socialist prime minister.

Kaczynski said is not an ironclad rule that a government will be dumped from power during an economic crisis. He cited the cases of troubled governments being re-elected in Latvia, Estonia — a member of the eurozone — and Poland, and said as long as the public concludes the government is capable and taking the right approach to a financial crisis, it might get a second chance.

That was not the case for Spain's Socialists, due to the poor record of outgoing Prime Minister Jose Luis Rodriguez Zapatero in fighting unemployment and in resurrecting an economy that overcome nearly two years of recession in 2010 only to stall again last quarter.

His punishment: the conservative Popular Party won 186 seats in the 350-seat lower chamber of Parliament, up from 154, while the Socialists plummeted from 169 seats to 110, their worst performance ever.

"Clearly, Spain is the biggest loss for the European Socialists. That is absolutely the case," Kaczynski said.

In his first public comments, Zapatero — who did not seek a third term — said Monday that the austerity measures he took — and which caused supporters to flee in a stampede — "put the national interests ahead of party interests."

Spanish stock and bond markets shrugged off the Popular Party win because it was so widely expected and because leader Mariano Rajoy has yet to spell out how he will attack Spain's unemployment debacle, deficit and growth woes.

However, some experts say Europe is not going right ideologically but rather seeking something — anything — new to get out of its quagmire.

"I wouldn't say Europe is turning to the right. It's basically the crisis is crushing the incumbents," said Eurasia Group's analyst for Europe, Antonio Barroso. "People are disappointed in the bad economic data, high unemployment and basically they are voting for the other alternative."

He noted that in Italy, conservative premier Silvio Berlusconi was forced to resign this month as the eurozone crisis centered on his debt-laden country — but that was to a technocratic administration, not to leftist politicians.

Barroso also mentioned the 2012 French presidential race and Sarkozy's record low approval rating. The feisty French conservative is trailing the Socialist Francois Hollande badly in the polls, although he has recovered a bit in recent weeks.

Socialists are strong in local and regional politics in France: They head 24 of France's 26 regional governments and run major cities including Paris, Lyon, and Lille. Most recently, in September, the Socialists wrested control of the Senate, Parliament's upper house, for the first time in more than a half-century — seen by many as a rebuff to Sarkozy.

In Germany, conservative Angela Merkel beat the center-left's Gerhard Schroeder in 2005 after he pushed through labor market reforms and welfare state cuts. The moves angered his leftist supporters but they are credited with bolstering Germany's strength in the current financial crisis.

However, Stephen Lewis of Monument Securities in London agreed it is perhaps natural for people to turn to the right in times of extreme financial hardship. He noted it happened in the 1930s during the Depression.

"It is not surprising that we are seeing all these right-wing governments appear as a result of elections or imposed from Brussels," Lewis said.