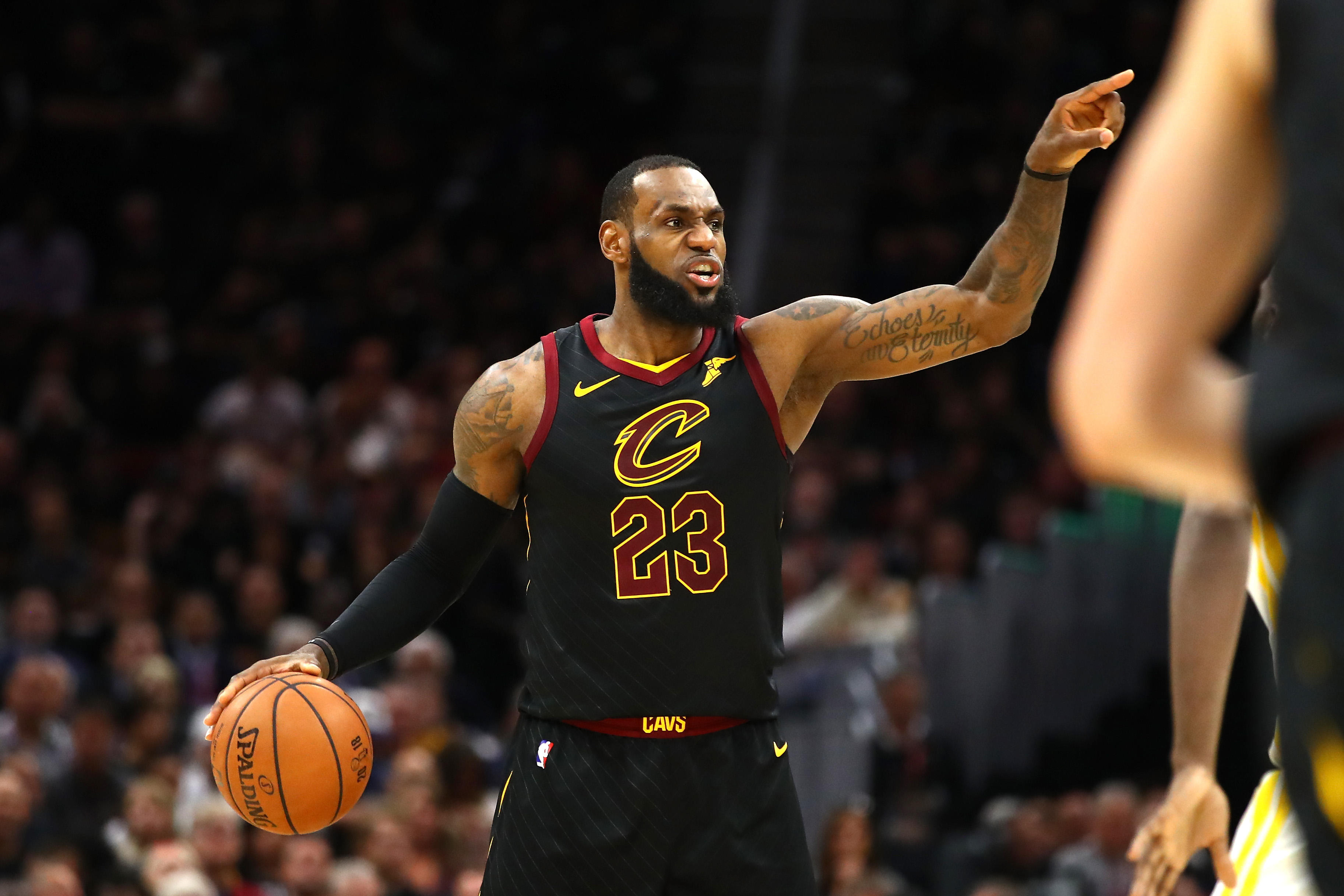 CLEVELAND -- Kevin Durant pushed the Golden State Warriors to dynasty's doorstep. LeBron James may be at the exit door.

Durant scored 43 points, draining a long 3-pointer in the final minute to cap his magnificent performance, and the Warriors beat James and the Cleveland Cavaliers, 110-102, in Game 3 of the NBA Finals on Wednesday night to move within a victory of a sweep, their second straight title and third championship in four years.

No team has ever overcome a 3-0 deficit in the NBA playoffs.

It might be time to order some champagne from Napa Valley.

And Cleveland could be down to one final game with James, who recorded his 10th triple-double in the finals. The three-time champion can opt out of his $35.6 million contract and test free agency this summer, and it may be time for the 33-year-old to find a team capable of beating the Warriors.

These Cavs can't figure it out.

CBSSports.com's Kyle Boone writes, "There will be endless banter about where free-agent-to-be LeBron James decides to sign if he chooses to leave Cleveland. But one destination, the Los Angeles Lakers, has been the most discussed landing spot for the superstar for quite some time now."

With the Cavs down 103-100, Durant stood defiantly and almost motionless after dropping his 33-footer - almost from the same spot from where he hit one in Game 3 last year - and effectively ended the fourth straight finals matchup between two teams who have gotten to know each other well since 2015.

After Durant scored, Stephen Curry and Draymond surrounded Durant and screamed at their teammate, who calmly walked toward the bench.

"I tried to just stay in the zone," Durant said, acknowledging he was nervous the Cavs could still come back.

Durant said the similarity with last year's shot - a moment that helped define his first championship - didn't occur to him.

There was nothing the Cavs could do.

"It was like deja vu watching him hit that shot again," Cavs forward Kevin Love said.

Golden State will now have four chances to wrap up its title starting with Game 4 on Friday night. The Warriors are trying to join a select list of teams to win three championships in four years.

James scored 33 points and Kevin Love added 20 for the Cavs, who have fallen into the hole from which no team has ever emerged. Cleveland came back from a 3-1 deficit to stun the Warriors in the 2016 finals, but that was when Durant was in Oklahoma City and James had a different supporting cast.

"We had our chances," James said. "You can't make mistakes. They're not going to beat themselves."

The Warriors won despite a 3-of-16 shooting performance from Curry, who did come up big down the stretch as the Cavs were trying to salvage their season.

Durant, who tilted this rivalry toward the West Coast when he signed with the Warriors as a free agent before last season, was brilliant from the start. He helped offset a rough night for Curry, who made a finals-record nine 3-pointers in Game 2, but was just 1 of 10 from behind the arc and didn't score his second field goal until there were under three minutes left.

Curry's scoop shot put the Warriors up 98-97 and defensive specialist Andre Iguodala, who didn't play in Games 1 or 2 because of a knee injury, came up with a steal under the basket. Curry finally buried a 3 and after James matched him with a long shot, Iguodala drove the lane for a thundering dunk.

"The shot clock was running down, I was pretty far out, I just wanted to get a look," Durant said. "I didn't want to run there and shoot a bad shot, fall on the ground and they got numbers going the other way so I decided to pull up."

James made a layup to pull the Cavs within four, it was too little too late as the Warriors closed it out and beat Cleveland for the fourth straight time in finals games.

With JaVale McGee getting three point-blank shots at the rim, the Warriors opened the third quarter with a 9-3 spurt and it wasn't long before they took their first lead on Curry's two free throws.

Durant scored 24 in the first half, when the Warriors attempted 13 free throws to zero for the Cavs, a disparity that induced further wrath on the officials from Cleveland fans still stinging from the now infamous reversed call in Game 1.

The Cavs needed a strong start, and they got it helped by a playground move from James.

Dribbling near the foul lane, he used a head fake on McGee before stepping past the Warriors center. James then threw the ball off the backboard to himself and crushed a two-handed dunk - he pulled off a similar stunt in last year's finals - that sent Cleveland's bench and fans into a frenzy.

As Lue had hoped, Cleveland was more physical and won several 50-50 balls while outrebounding and outworking the Warriors, who spent much of the first half barking about the officiating.

The problem, though, was that the Cavs couldn't stop Durant. He wouldn't allow Cleveland to pull too far ahead and the superstar made up for an ineffective Curry.

James arrived at 6 p.m. dressed more casually - camouflage pants, purple hoodie, "Billionaire Boys Club" baseball cap - than on the road where he and the Cavs have been wearing suits during the postseason.

Everything is more relaxed and familiar at home for James and his teammates, who were counting on a return to their own noisy building, where they play better and shoot better, to get them back into the series.

The Warriors had other plans.