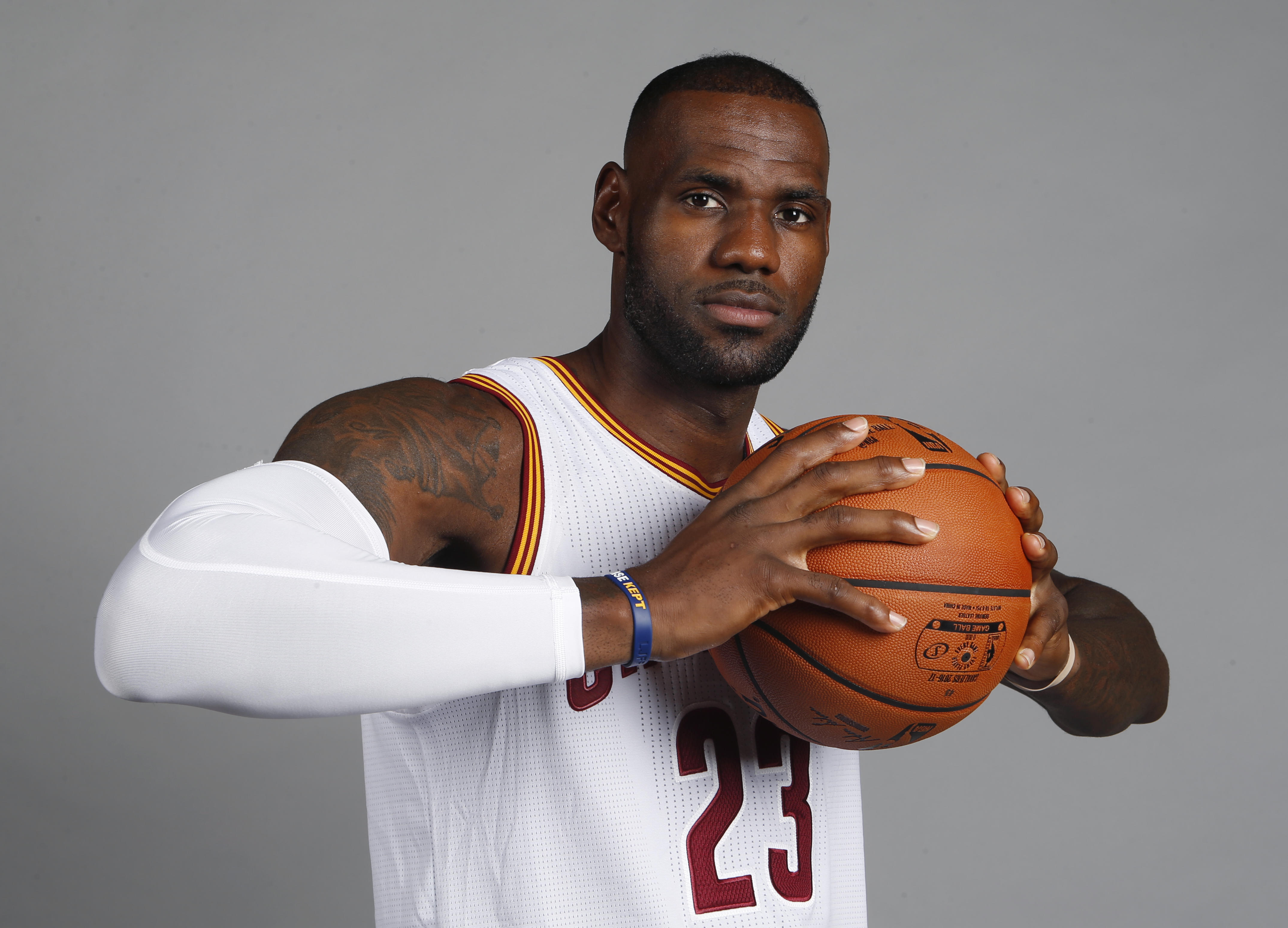 CLEVELAND -- LeBron James and his Cavaliers teammates will be at the White House on Thursday.

An unexpected guest will be there, too.

The visit by the reigning NBA champions will coincide with President-elect Donald Trump’s meeting with President Barack Obama to discuss the handover of power and transition following a shocking election that left James -- and millions of Americans -- wondering about the future.

Gov. John Kasich, a onetime Republican presidential rival who refused to endorse Trump and boycotted the Republican National Convention in Cleveland, also set to visit the White House on Thursday.

James had supported Trump’s Democratic rival, Hillary Clinton, appearing on stage with the former secretary of state at a campaign rally Sunday to urge Cleveland residents to vote.

The Cleveland Cavaliers star previously said he vote a for Clinton as a way to build on the legacy of Mr. Obama.

“I believe in what President Obama has done for our country and support her commitment to continuing that legacy,” James wrote in an op-ed in Business Insider.

On Wednesday, just hours after Clinton had conceded the election to Trump, James posted on his Instagram account that he woke up “looking and searching for answers on what has happened.”

He posted the audio to “Alright,” a song by rapper Kendrick Lamar.

James wrote: “Parents and leaders of our children please let them know they can still change the world for the better! Don’t lose a bit of faith! They’re our future and we must remain stronger than ever!! Yes we all wanna lace up the boots, put on the hard hats and strike but that’s not the answer. Love, genuine LOVE and FAITH will be the only thing that can get us through this.”

The Cavs’ trip to Washington has been planned for weeks. Coach Tyronn Lue, who received a phone call in June from Obama shortly after Cleveland rallied to beat Golden State in the NBA Finals, wanted the visit to happen before the first African-American president left office. Cleveland plays at Washington on Friday night.

James has openly expressed his views on numerous political issues in recent years. Following Trump’s election, the three-time champion and father of three said he felt the need to offer encouragement to minorities and women.

“Please know that this isn’t the end, it’s just a very challenging obstacle that we will overcome!!” he said. “... To all the youth out there I PROMISE I’ll continue to lead u guys every single day without no hesitation!! Time to educate and even more mold my children into being the greatest model citizens they can become in life!”

James wasn’t the only Cavaliers player to express his feelings.

J.R. Smith, who also attended Clinton’s rally in Cleveland, posted a photo of his daughter standing outside the White House.

“How do I even feel confident sending her on play dates knowing the kids family voted for the racist, sexist person an I don’t know how they will treat her when she’s gone,” Smith said. “How? Seriously How?”