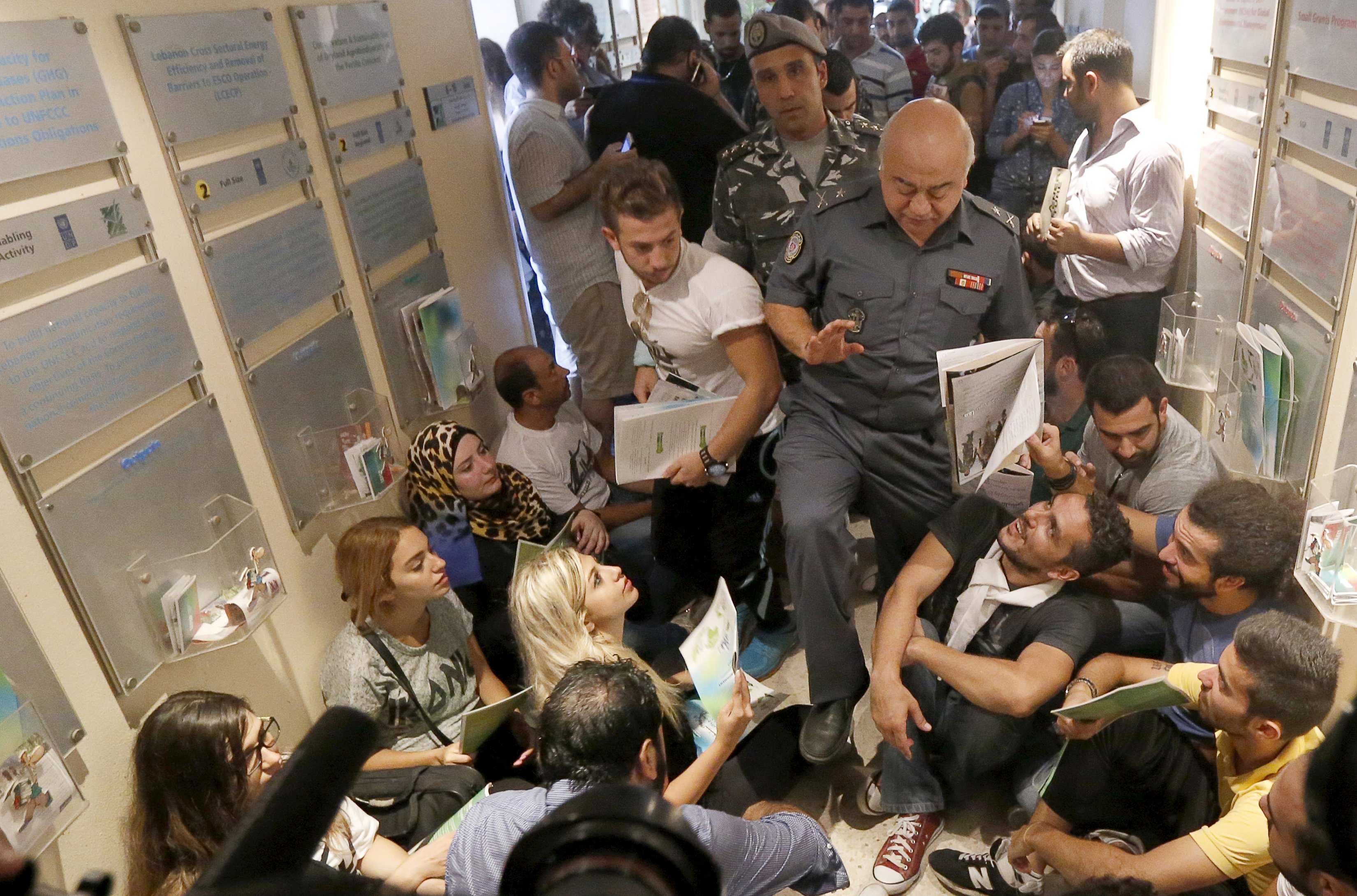 BEIRUT -- Lebanese protesters broke into the Environment Ministry in downtown Beirut Tuesday, staging a sit-in outside the minister's office and demanding his resignation over the country's snowballing trash crisis.

The group of about 30 protesters from the movement known as "You Stink" sat cross-legged on the floor, clapping and shouting slogans against the minister, Mohammed Machnouk, who was holed up in a nearby office. (Watch video of the protesters here).

"Out, out, out!" they shouted. Police tried, but failed, to remove some of the protesters by force.

Angry protests over the government's failure to deal with the garbage crisis have evolved into the most serious anti-government demonstrations in Lebanon in years. The protesters seek to challenge an entire political class that has dominated Lebanon since its civil war ended in 1990.

The protests have attracted supporters from across Lebanon's political and religious divides, reflecting the growing frustration with an aging and corrupt political class that has failed to provide basic services.

Dozens of protesters gathered outside the Environment Ministry later to support their colleagues holed up inside. Riot police kept the protesters from going inside to join the others. Police gave the protesters half an hour to leave the building, but they remained inside after that deadline passed.

"We are here to express our opinion peacefully and we will not leave until the minister resigns," said protester Lucien Bourjeily from inside the building. He said the group had decided to stage the sit-in "because someone should be held accountable."

Following a huge protest in downtown Beirut on Saturday, protesters issued several demands including the minister's resignation, threatening to escalate action if he does not.

The minister has refused, resigning only from a government committee assigned to resolve the trash crisis. Garbage has been piling up for weeks since the government closed the city's main landfill without finding a replacement.

So far the only response to the growing protest movement has been a promise by the parliament speaker for high-level talks between Lebanon's politicians in the coming days.

Speaker Nabih Berri announced Tuesday that the first dialogue session will be held Sept. 9. His call for dialogue has been backed by the country's main political leaders, but it was unclear how such talks would help break the deadlock.