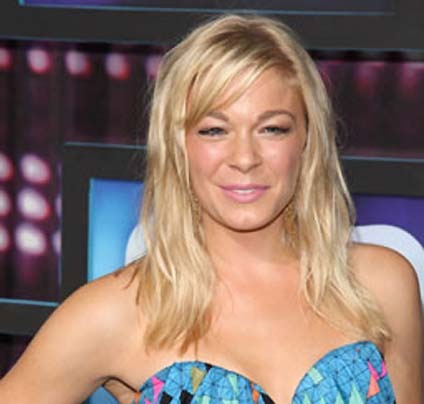 "Taking a break from twitter for a while," Rimes wrote. "It's unhealthy for me and my family to have to read negative comments from people whose opinions have no bearing on my life."

Rimes, 27, received a lot of criticism  over a set of pictures that showed her kissing her actor boyfriend Eddie Cibrian, 36, as one of his sons sat right beside him.

She defended her actions and tweeted Thursday, "since when is kissing your boyfriend a crime?!"

Rimes and Cibrian met while filming the Lifetime movie "Northern Lights" last year. Both were married at the time when they met, but are now divorced from their respective spouses.

In a recent interview with People magazine, Rimes apologized for her affair with Cibrian.

"I take responsibility for everything I've done. I hate that people got hurt," she said. "But I don't regret the outcome."

Her ex-husband, Dean Sheremet, weighed in on her public apology and wrote on his Twitter page, "Don't apologies normally carry regret for your actions?"