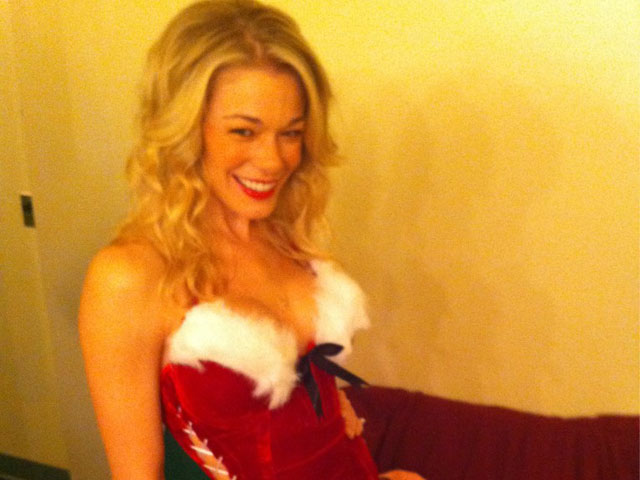 NEW YORK (CBS) LeAnn Rimes got into the holiday spirit on Sunday, when she tweeted photos of herself posing in a skimpy Santa suit.

"Mrs. Clause at your service," she wrote as a caption for two of the photos. A third shows her posing with "Santa's Elves."

[Scroll down for more photos.]

The country singer was dressed up for her performance with the Gay Men's Chorus of Los Angeles for their annual Christmas show, according to The Advocate.

Boyfriend Eddie Cibrian and other family members were reportedly in the audience to cheer her on.

Rimes sang "Rockin' Around the Christmas Tree" and "All I Want for Christmas Is You," before changing into a less revealing costume for her final song, which she dedicated to all of the gay and lesbian teens who have taken their lives this year.

"We should all be loved for exactly who we are," she said, according to the report, before singing "The Rose" with the chorus providing backup.