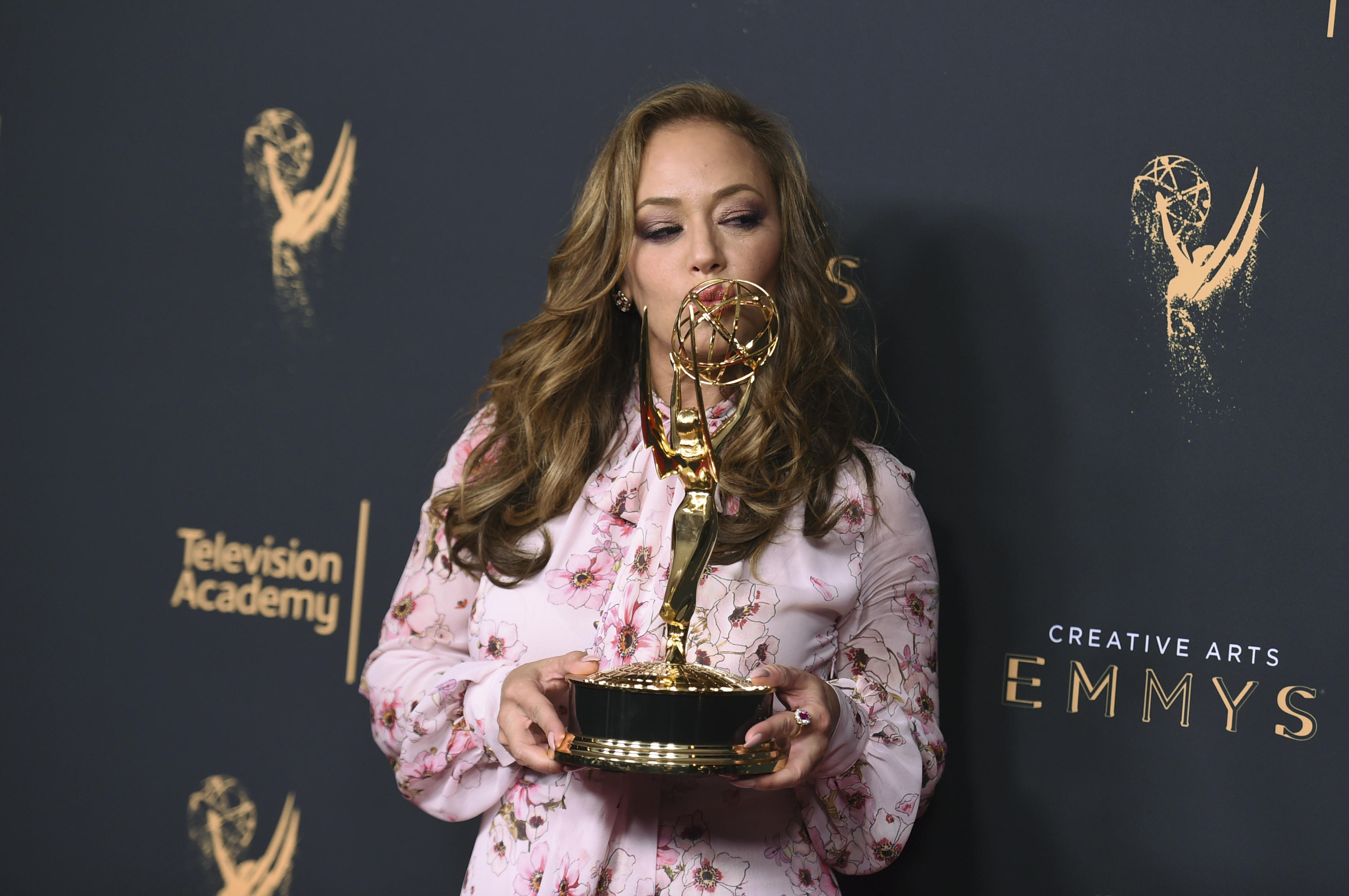 Leah Remini took home the Emmy for Outstanding Informational Series for her A&E docu-series "Leah Remini: Scientology and the Aftermath" over the weekend, and the actress was brought to tears by the emotional win.

ET's Courtney Tezeno caught up with Remini backstage at the Creative Arts Emmys on Saturday after her emotional speech where she and her "Scientology and the Aftermath" co-presenter Mike Rinder opened up on what the win meant for them.

"We're very grateful and emotional," Remini said, wiping away tears as she smiled.

"[We're] appreciative of everybody that has supported this show and all the people that were willing to stand up and speak," added Rinder who, like Remini, is also a former member of Scientology who left the church and has frequently spoken out against it.

During her acceptance speech, Remini got emotional as she dedicated the win to the "brave contributors who [worked on the series] despite ongoing risk and repercussions."

"It's not an easy job, but they were the ones putting their stories out there for everyone to hear. And we are honored to be the vessel to tell these stories," she explained. "It's about doing the right thing. This doesn't belong to me, it belongs to our contributors."

When ET spoke with Remini and Rinder on the red carpet, the pair echoed those sentiments, sharing, "For our contributors it's amazing [to be nominated]. They are here tonight with us as our guests and we couldn't be more honored to be their voice. To be able for them to tell their stories through us is a humbling experience."

"It's really wonderful for people who have had no voice to now be given a voice by Leah and this show, and to have the world experience what they experienced is very important," Rinder added. "We hope that by doing that, it's going to prevent the suffering that some of these people have been through from other people having to experience the same thing."

In "Scientology and the Aftermath," Remini, Rinder and other former members of the church share the experiences that lead to them leaving. The show investigates the alleged clandestine activities of the church and their practices. The Church of Scientology has roundly denied the claims made in the series and have publicly questioned the credibility of the show's contributors.

The second season of "Scientology and the Aftermath" kicked off on Aug. 15, and new episodes air Tuesdays at 9 p.m. on A&E.